Playboi Carti speaks on A$AP Bari: “I don’t support none of that rape shit” 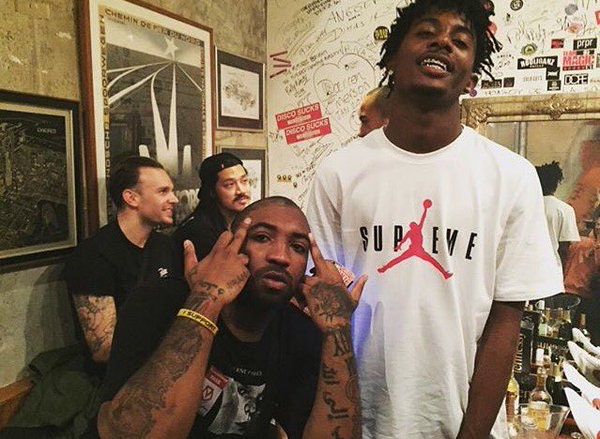 Last night while performing at the North Park Observatory in San Diego, Playboi Carti adressed the recent incident involving fellow Mob affiliate A$AP Bari. In case you’ve been living under a rock, the VLONE founder has been under fire after a video surfaced of him seemingly sexually assaulting a female in his Paris hotel room.

While on stage in San Diego, Playboi Carti allegedly stated “I don’t support none of that rape shit,” followed by the crowd starting a “Fuck Bari” chant. The Atlanta rapper immediately shut down the triggered crowd, saying “Nah ain’t no fuck Bari, that’s my brother, but he did wrong.” This is probably the most responsible way to approach such a sensitive topic while still showing support for a close friend; big props to Carti.

Watch the footage below to see for yourself.