Earlier this evening, Atlanta rapper Young Nudy officially announced the dates for Playboi Carti‘s forthcoming headlining tour via Twitter. I’m not sure why Carti didn’t announce the tour himself, but hell I’m satisfied either way.

Fresh off the release of his self-titled mixtape and currently riding the wave of his current single “Magnolia,” Playboi Carti is taking his show on the road with 35 show across the country. Aside from a handful of festival appearances, all the shows will feature Carti as the headliner, with Pierre Bourne and Young Nudy listed as the tour’s supporting acts.

Surprisingly there aren’t any New York City dates aside from the Billboard Hot 100 Festival, but Cash Carti will be hitting just about every other major city in the nation. Check out the official poster and dates below; get ready to cop tickets on Saturday – it’s ‘gon sell out quick! 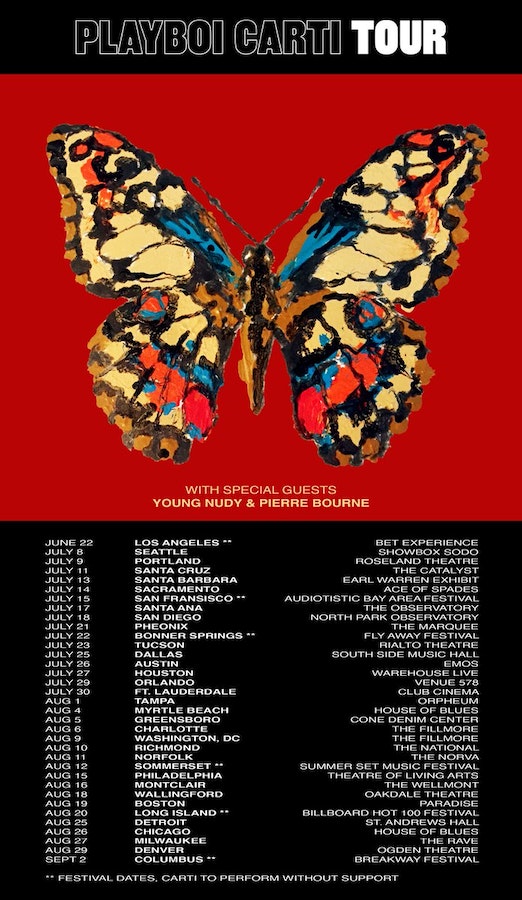