Pivot Gang takes Jason Statham, Pt. 2 to the next level in new video 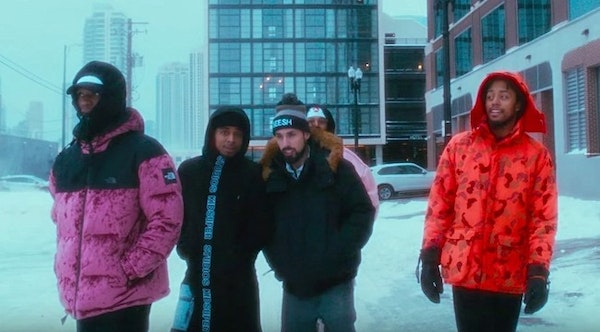 If you thought the snow was going to keep these guys inside, you thought wrong. Today, Pivot Gang dropped a brand new music video for “Jason Statham, Pt. 2”, wherein the group is decked out in fly ass winter gear, spitting ruthlessly in what looks like inches upon inches of snow. “It’s the kind of weather that many of us will be telling our grandchildren about years from now”.. the news anchor reports, then beginning the opening scene of the video.

Directed by Addison Wright, the usage of a tormenting winter wonderland as a means to enhance color schemes was a great move visually, regardless of how strenuous & tiresome it might’ve been to get every shot—especially in today’s chilling climates. Of course, Pivot Gang and their team made this tactic look effortless. Involving the global warming aspect to this visual speaks volumes on many levels, as it simultaneously foretells the notion of Pivot Gang moving as an untouchable force, no obstacle being able to successfully work against them. Not even planet Earth changing at such a rapid rate, right before our eyes. Personally, this was a huge potential risk that happened to work out highly in their favor. Written and performed by Joseph Chilliams, Saba, & MFnMelo, this track is undoubtedly barred out in its entirety.

You can catch Saba beginning the CARE FOR ME tour, beginning February 21, 2019, in Frankfurt, Germany and coming to a close on March 15, 2019, in Dublin, Ireland. He will also be showcasing his talent alongside J.I.D. on the Catch Me If You Can tour. Check out dates & locations below. 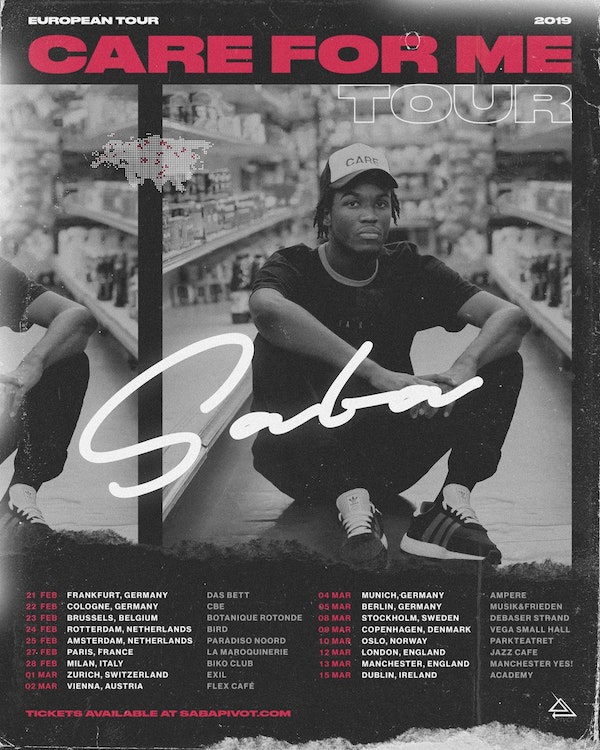 Press play on the frostbitten visual for “Jason Statham, Pt. 2” below: