The young artist is overdue for a breakthrough. 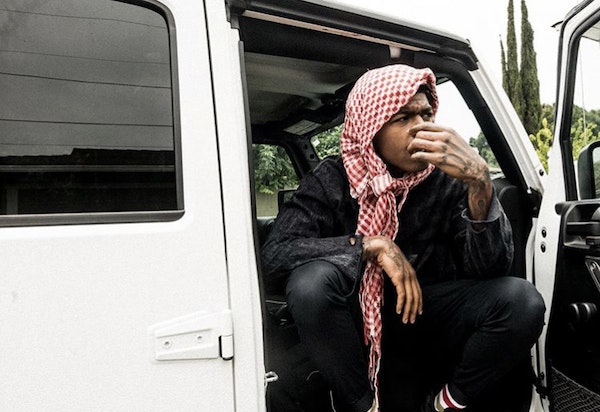 Poundside Pop has been hot in Philadelphia for a minute and he is still evolving. Poundside first burst into the scene two years ago with his hit single, “O.S.S.” which currently sits just under 2 million views on YouTube. His latest offering is a music video to his newest single, “Drippin Again”.  “Drippin Again” has an infectious cadence with much credit due to the producer, Noiseofcory, for creating such a euphoric instrumental for Poundside to rhyme over. Poundside has a gift for creating catchy songs as he rings the name of the song through the hook. Poundside often showcases how well he can croon on the track and carry it out into pacy rhymes in an undeniably impressive fashion.

Poundside’s lifestyle definitely adheres to the title of the track as it is also evident in the video he has his own unique swag. DevKamera shoots the video with Poundside out in California to accommodate the wavy track with equally wavy visuals. Poundside is seen prancing on the roof of a house in the hills and at a gas station with a Benz on display as he wears his eccentric outfit. “Drippin Again” is a smooth track that I highly recommend playing at the function as Poundside’s name should hopefully spread like a wildfire in the near future.