Mamba Cinco has dropped vibrant new visuals to his track “Prada You”. 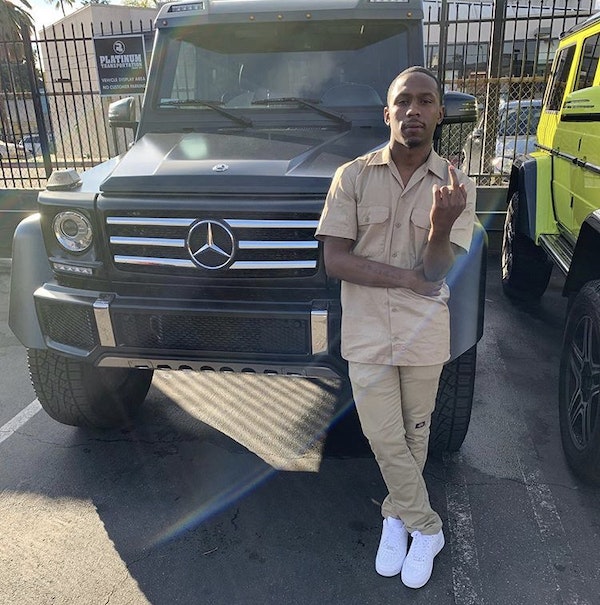 Mamba Cinco is one of the most promising artists emerging from Philadelphia recently as he is in good hands with New Lane Entertainment, which is also where PnB Rock is at. His newest offering is a music video to his popular song, “Prada You”, which was released back in early June. Mamba Cinco is known for creating catchy and serenading hooks and this track perfectly exemplifies how infectious his music is. The elating instrumental is provided by Audio Jacc who creates great atmospheric instrumentals and this beat acts as a great platform for Mamba to project his rhymes over. Mamba has one of the smoothest deliveries I have been hearing as he does not overdo his raps and keeps the listeners entertained and motivated to get moving to his music.

The video is shot by the well-known LOUIEKNOWS who has also worked with Famous Dex and Rich The Kid. Louie highlights Mamba Cinco and a few of his guys in California turning up as Louie provides some mesmerizing edits to add some pop along with it. The entirety of the video was clean-cut and accurately depicts Mamba Cinco’s bravado as his time is imminent and should hopefully grab national attention soon.

Enjoy “Prada You” below.