One of the most heart felt records of this year 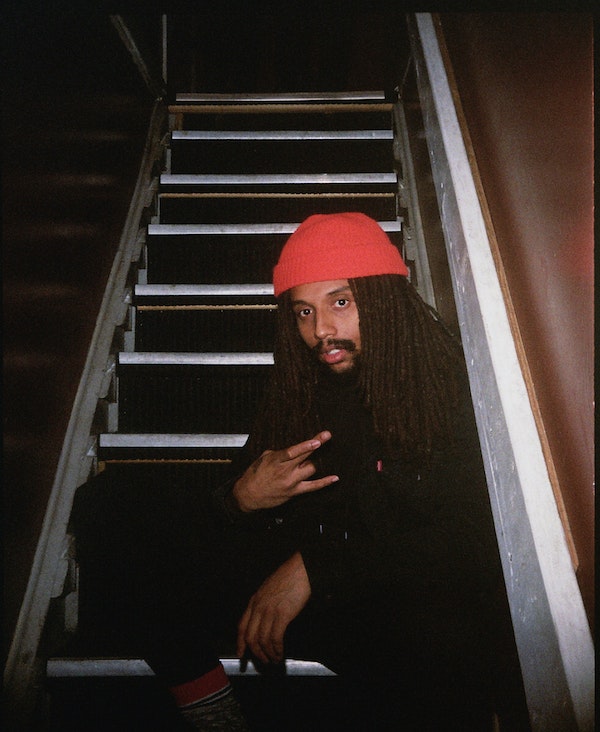 Peachcurls, formally known as TJ Maclin of the 4-piece rock group Thaddeus Anna Greene (covered by The Fader in 2015) is a singer/songwriter from Cleveland, Ohio. Peachcurls creates a diverse sound experience that moves listeners and commands attention, combining his hip-hop roots with his rock sensibilities and drenching them with soul and candor. He made his debut with his 2018 EP entitled Missing Piece, solidifying him as a solo artist and catalyzing some international interest. Shortly after, he was offered a residency in Gothenburg Sweden for the summer of 2018 where he made genre-blending EP’s like Get Friendly and EASTSIDE.

Currently, Peachcurls is releasing work that further exhibits his dexterity and makes even harder to box-in. His latest single, “Perfume” is a soulful coming-of-age anthem. For me, this is one of those cuts that makes you want to fall in love. It’s a song that will make you feel the need to let go of all the bullshit, hit your knees, and fully give yourself to the person you adore. The artist delivers a heartfelt vocal performance reminiscent of the neo-soul sound but from a fresh and current perspective. Combining hip-hop with lush guitar and thick vocal harmonies, “Perfume” is an infectiously emotional showcasing all the avenues through which he expresses himself, with restraint and cohesiveness. It’s clear that he’s doing what he’s doing on purpose. The tastefully directed music video is the beautiful work of Oakland based visual artist Zoë Mountain. Zoe is an editor who’s making her directorial debut with the release of Peachcurls’ videos, which I couldn’t be more hyped about. The two friends have serious creative chemistry.

Press play on the video, and check the links posted below it to get in-tune with more from the exciting new musician.