Features
Nov 11, 2015
Out Of Benadryl: An Insomniac’s Exploration Of The Internet #2

It’s the middle of the night, so that means it’s time to explore more weird stuff on the internet. 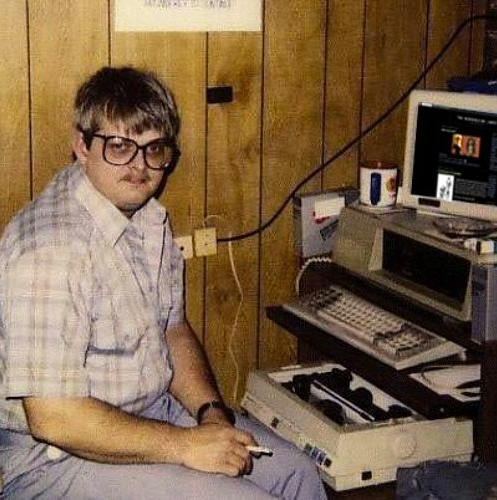 So last time I couldn’t sleep, I just documented all the weird things I found on the internet. Guess what… it’s 2:04AM west coast time and yerboi just took a fat dab of Maserati OG so let’s do this.

Let’s start things off with a nice conspiracy. I came across this photo somehow and was intrigued; does DMX really think this? 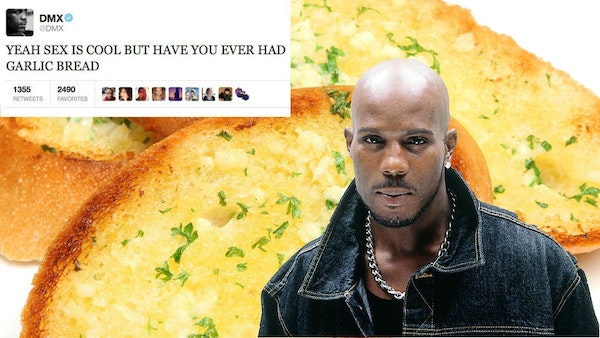 I noticed the screenshot didn’t have a timestamp on it so I dug a little deeper to find out if the dawg really truly deep down believed that garlic bread was better than sex. I don’t agree for the simple reason that a lot of places fuck up garlic bread. Shit is like a crouton by the time the food gets to you sometimes. That’s not better than sex. If he had specified about a specific garlic bread, maybe, but this is just too much of a leap for me and I suspected the same for DMX.

Lots of people quoting X, but no sign of an actual tweet. Did he change his mind about garlic bread and delete it, or was it never real to begin with?

” YEAH SEX IS COOL N SHIT BUT HAVE YOU EVER HAD GARLIC BREAD?” – dmx

Then I found someone who had been on the very same hunt for the truth.

@2hxc2care tell me everything you know. trying to get to the bottom of this once and for all.

For now we’ll move on since I don’t really have any other leads.

Before we had those stupid hoverboard things, there were Segways. Enjoy, and check out my manz at the 2:08 mark whose rim game is LIT.

This video came on immediately after.

WHOA, I have few very major issues with this video.

1. Hoverboards (or whatever they’re called) were created as a means of transportation for rappers and R&B singers everywhere. For every family that buys 6 of these for Brayden Brogan to make trick videos with, countless rappers are left wondering what to ride around on in their videos. It has to stop.

2. I’m not an expert or anything, but I think you need way more air for a slo-mo effect.

3. If you’re trying to convince me you’re a real extreme hoverboardist, leave the clips of you saying “what should I do next?” and “I’m not sure” on the editing room floor. Total lack of professionalism.

Sticking with the theme of reckless parents and awful segues, MC Mom got that fye.

We’ll close things out with Shy Glizzy’s brand new video for “No Sleep”. Until next time my friends.