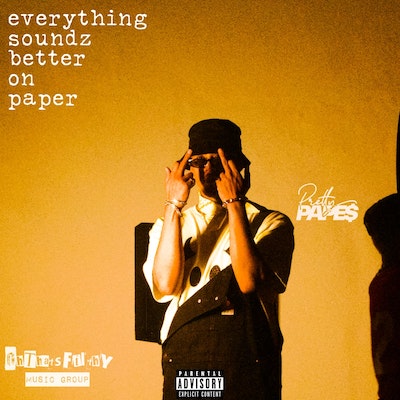 Pretty Pape$ is a one-man shop in this music industry. From production, writing, engineering and mixing, Pape$ is one of those artists who you can leave in the studio by himself and he’ll walk out the studio with a hit. In a sense, he's like Russ, a DIY pioneer. Pape$ knows his talent will only get him so far, that’s why he’s leaned on his consistency to make a name for himself.

Since he started dropping music Pretty Pape$ hasn’t taken a year off, consistently dropping singles, EP’s & albums annually. In 2020 it seems all his hard work is really starting to pay off as his 2019 single “Boomin” has begun to make its round on Tik Tok. It all started when the Boston Celtics used “Boomin” on an Instagram Reels video and within a week the official account for the NBA, NFL, CBS Sports, Saints, Ravens & more have used “Boomin” on Tik Tok. Within 2 weeks the song has generated over 7 million views from verified accounts on Tik Tok and it's only just starting.

Check out the EP below.