On his new album “DAYTONA,” Pusha T uses a drug reference every 4.4 bars

Central Sauce reports that “DAYTONA” is the most drug-heavy album of Pusha’s career. 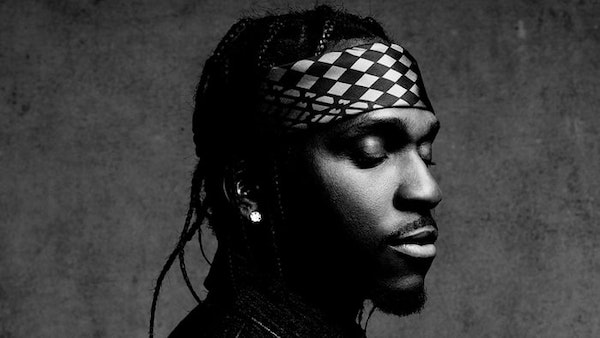 One of Pusha T‘s signature characteristics is his overwhelming desire to talk about drugs on-record. Most rappers will mention at least one form of intoxicant per song, but the GOOD Music president takes it to an entirely new level. Frequently referencing his days as a cocaine dealer and handling crack in his home state of Virginia, Pusha’s reputation has been partly shaped by his distinctive lyrical content.

Online publication Central Sauce decided to investigate King Push’s drug talk on his newly released album “DAYTONA,” and discovered that it’s officially the most drug-heavy album of his career.

“Of the 318 bars Pusha T delivers on DAYTONA (including both hooks and verses), 23% of them contain drug references,” writes Ben Carter. “For those of you doing the math, that’s a drug reference every 4.4 bars.”

The article continues to dive into deeper statistics, and can be read by clicking here.