One of the more intriguing artists on my radar lately has been Oliver Francis. His smooth hooks and versatile flows have already helped distinguish himself as one of the more impressive new artists out. Now, he’s about to take his talents on tour starting next month (Nov 16th) in Washington D.C.

Oliver and his videos have continued to evolve, and “TRU$T” is one of his best yet. If you’re anything like myself, you may find yourself binge-watching these bangers. 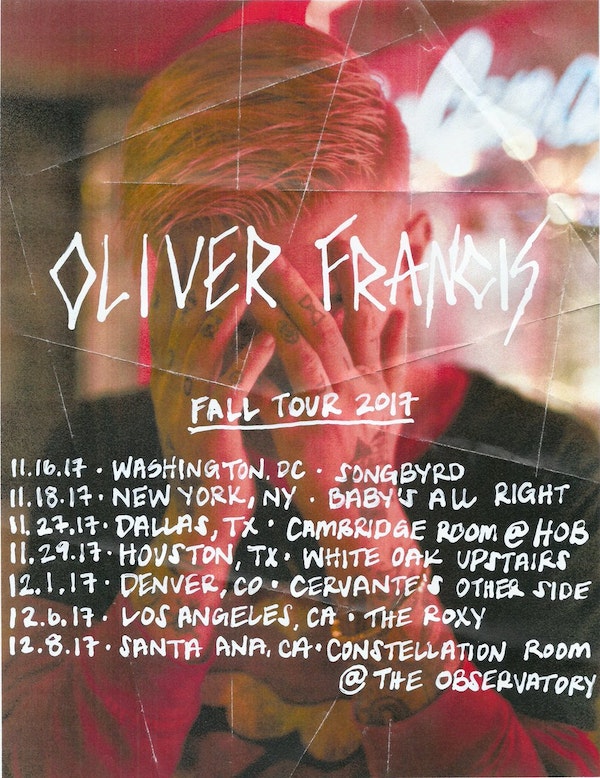