I had no idea Owen Wilson could hit a rail. 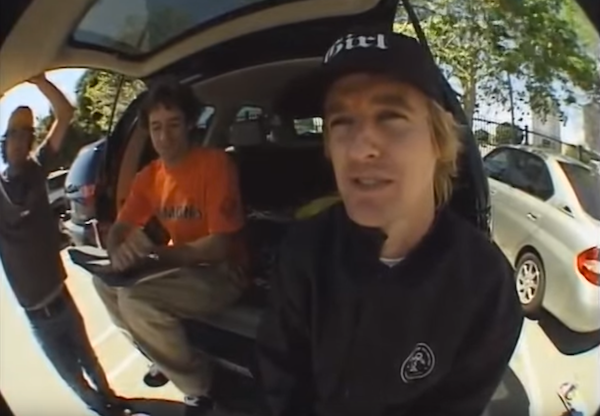 I had no idea Owen Wilson could hit a rail, let alone a bluntslide. But check out this old clip, submitted by Yung Rhubarb, from the revolutionary 2003 Girl Skateboards Yeah Right! of Owen Wilson showcasing his skills. In the clip below, Owen is hanging out with Rick Howard, Eric Koston and Mike Carroll and in an attempt to “light a fire under their asses” grabs a board and lands a bluntslide first try.

Why is Wilson not skating instead of acting? Well… that’s not actually him. By some clever camera work by Spike Jonze, while the camera momentarily is pointed the opposite direction, Wilson slips out of the shot while Eric Koston slips in wearing a genuine Owen Wilson wig and matching clothes. Koston then hits the rail and Wilson slips back in at the end of the shot after Koston lands. Round of applause for Oscar nominated Owen Wilson, and cinematic magician Spike Jonze. Watch the full Yeah Right! here