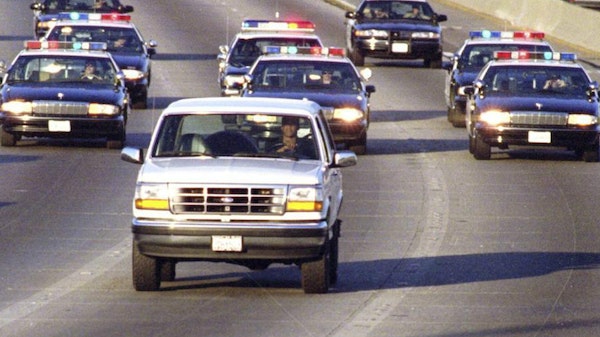 OJ Simpson‘s infamous white Ford Bronco is up for sale. After The Juice was granted parole last week following an eight year stint in jail for armed robbery, his former agent Mike Gilbert is looking to sell the vehicle for upwards of $750,000.

While some might’ve taken the iconic truck to a museum or private dealership, Gilbert decided to take an alternartive route by pitching it to Rick Harrison of A&E’s hit show Pawn Stars. The episode is set to air tonight at 10pm EST.

Harrison, owner of the Gold & Silver Pawn Shop in Las Vegas, addressed the obviously controversy by saying “I never glorify gangsters or murderers on the show, and I think O.J. is a douchebag who did some really bad things. I’m a dad with six kids and I’m trying to teach each of them a little bit of morality. But, I felt it would be good for the show and I figured I’d give it a shot.”

Tune in tonight to see if OJ’s getaway vehicle is given a new home.