The future of the music industry is being shaped by the Proud To Pay campaign. 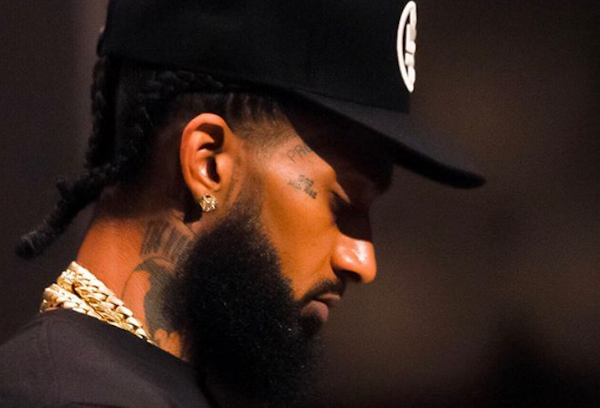 Nipsey Hussle is an alpha amidst a pack of wolves; Crenshaw, the neighborhood in Los Angeles where he comes from, has some of the roughest, toughest, individuals in the country. Through numerous hardships in his life, he’s become a hustler, which in turn has defined his approach towards music and business.

Nipsey’s recent announcement of his joint partnership with Atlantic Records made sense from a financial standpoint, with the label sure to help push the artist and his label, All Money In, to new heights. The mainstream success that’s continuously eluded the 32-year-old rapper will finally be within his grasp. As if to entrench himself in his hustler methodology that enabled him to reach this level of endearment, he announced that his Proud To Pay campaign will continue with his journey alongside Atlantic Records.

If this is your first time hearing the name of the campaign, you’re sure to hear more of it in the near future. Months prior to the release of Crenshaw, one of his most highly received projects, he announced that physical copies of the body of work would be available for $100 at select retailers. In his verbal manifesto released on YouTube as describing the meaning of the project, he deemed the system Proud To Pay a way for consumers to pay artists directly for their work and smite the aging record label system.

As if he were a social activist, preaching his beliefs to the huddled masses, he gave a compelling argument as to why this product was worth the outrageous amount of money. He makes his case clear about the declining impact of record labels in the careers of rap superstars. “What else is niggas playing for if you not playing for the ring or the crown?” he questions before continuing. “Label knows that; they make it look like the only way to that is through them. Fuck that, we have power, we have the internet, we got our people.”

Nipsey, emboldened by the positive response from the cameraman, continued onwards with his declaration.“The whole thing is, we’re going to make all these young niggas say fuck these labels,” he continued. “Once the culture changes with these expectations that artists have, what are the labels going to do? They’re going to do one of two things — give niggas better deals, or they will crumble and turn into Blockbuster.”

All 1,000 physical copies of Crenshaw were sold within 24 hours; Jay-Z himself purchased 100 copies to support Nipsey’s nihilistic tactics. Combined with the support that he received from fans and fellow artists alike; Nipsey struck gold on his first try at industry anarchy. His campaign to smite the villains of the recording process was an overwhelming success, netting him over $100,000 in a small amount of time. The following day, he would go ahead and release the project online for free, as if mooning the record labels in frantic merriment.

If he would have stopped there, the movement would have eventually fizzled out. But with the conversation now in full swing, Nipsey took advantage of it. In 2014, he upped the challenge to record labels and the price altogether; $1,000 for a tangible copy, complete with a list of contrivances to entice those who viewed the price tag incredulously. “So if you buy Mailbox Money you’ll get a product that I haven’t announced yet, access to the secret store that we’re getting ready to have the grand opening for and you get to hear Victory Lap exclusively with me in this place that we built,” he relayed to fans prior to the project’s release. “It’s an experience. We can’t fit more than a 100 people in the store. We just wanted to do something different this time.” 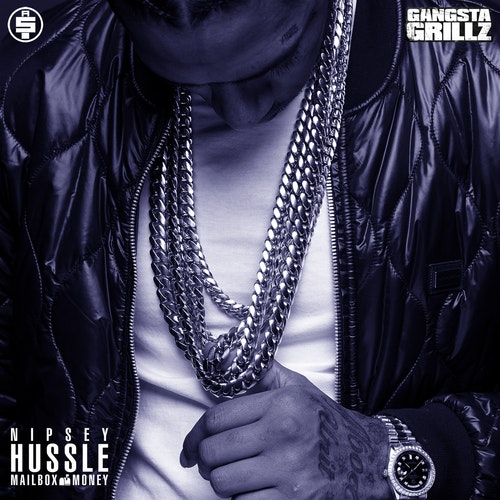 The cover of Mailbox Money in all of its understated glory.

In the course of one month, Nipsey made over $175,000 from the album; $60,000 of it coming from physical means, $15,000 from digital sales, and $50,000 coming from both iTunes and Spotify each. Mailbox Money filled his bank account with more money from album sales than the vast majority of artists signed to an industry machine, destined to eat scraps while their masters live like royalty.

“That’s boss money, that’s ownership money,” said Nipsey to XXL Magazine about the meaning of the Mailbox Money moniker. Seeing lucrative success at the industry level with the Proud To Pay campaign shows more than having ownership, it shows that the system that Nipsey is challenging does have cracks in its exoskeleton. He properly gauged interest in his product at a level and price point that fans would be able to purchase from him; even if the price was nearly ten times what a traditional album costs.

Perhaps Atlantic Records’ partnership comes out of the creeping dread of what Nipsey could accomplish in the near future with his heavily anticipated album Victory Lap. Nipsey’s record label is the Big Baller Brand to record labels competing shoe companies; they were afraid to budge and now they want in. Whereas Lavar Ball, owner of Big Baller Brand, decided to stay the course, Nipsey proceeded to meet on his terms, creating a situation that will benefit both parties for years to come. 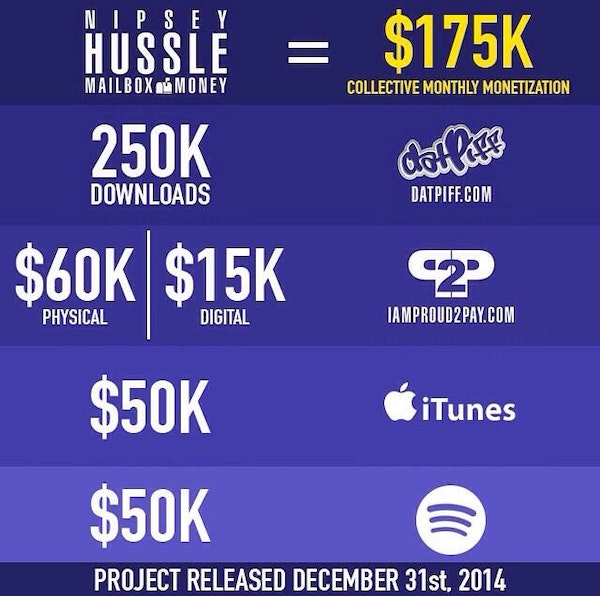 The question of how Proud To Pay can continue to exist under the umbrella of Atlantic Records does come to mind. Will there be a percentage taken off the top from the executives that want a piece of the action? Are the artists on Nipsey’s label going to release albums with Proud To Pay acting as their reference point for pricing and sales? There’s potential for amazing success and equally disastrous consequences.

Part of what makes Nipsey’s continued success with Proud To Pay possible is the established mythos he has built for his character. His four album discography (also with multiple mixtapes under his belt) contains a number of hits that have established him as one of rap’s lurking talents. “Summertime In That Cutlass” is a smooth ode to the nostalgia of warm weather past, with Nipsey’s western drawl easing listeners into a wistful bliss. Prior to that, his introduction into rap’s stratosphere, “Feelin’ Myself,” moved at a brisk pace, providing an upbeat welcome enveloped in gangster sheen. From release to release, his fox-like slyness intrigued his growing fan base. Interviews with radio figures that encouraged him to discuss his beliefs on worldly events made people keen to find out the depths of his intelligence. By the time that he would begin to push the limits of pricing points for music, he was already a well-respected figure in burgeoning rap circles.

Replicating this success amongst the All Money In roster will be much harder without any truly notable artists to convince buyers of their projects’ quality. Nipsey sat down with XXL recently, speaking on the upcoming project rollout for his label’s roster. He mentioned a slew of artists including JStone, Cobby Supreme, Cuzzy Capone and Pacman. Of course, these projects from these artists may be free, but the successes of the Proud To Pay campaign may push Nipsey to instill the program for their bodies of work as well. If he does, this could expose the convention as a means of frantically grabbing at unassuming fans dollars instead of a battle in the war for music industry supremacy.
Across the crowded musical landscape, album sales have been declining across the board. The inclusion of streams and, most recently, YouTube views into the RIAA’s certification criteria has certainly helped to bloat artists’ track records; but the sad truth is that albums just aren’t bought as much as they used to be. With streaming services like Pandora, Apple Music, Spotify, and TIDAL offering access to an unlimited number of albums for around $10 a month, there’s almost no reason, outside of being a fanatical collector, to purchase physical copies.

Record labels are keen to this fact and seem to work their best to take advantage of rising artists, knowing that they’ll be eager to get into a system that’s almost destined to fail. Young Boy NeverBrokeAgain reportedly signed a five-album deal with Atlantic Records for only $5 million. Compared to the fact that Chief Keef signed a three-album deal for $6 million, it’s evident that the former was taken advantage of. Hell, even Trinidad James got $2 million and he had one song compared to Young Boy’s laundry list of powerful hits.

Under this guise, it’s clear to see why the Proud To Pay campaign is necessary. Newer artists are getting shafted by men in suits, sitting at round tables, determining the best way to spend the least amount of money on young creatives. Nipsey Hussle’s statement of the importance of the artist, without the hubbub of record label officials standing behind him or her, has sparked a conversation about just how important these labels really are in the grand scheme of things. His partnership with Atlantic proves this; his declaration of the continuation of Proud To Pay hints at their trepidation.

When Victory Lap inevitably releases in 2018, perhaps Nipsey will increase the price to $10,000 for each physical copy. The number is astronomical, no doubt, but the message will be clear when people buy it. Without artists to work with, record label officials are glorified, administrative assistants. Maybe, Atlantic Records realizes this and is in the early stages of improving artist relations. Let’s raise a glass to the prospect of these types of partnerships, and creative methods of marketing and selling artists’ projects, spreading like wildfire in an industry desperately in need of reform.