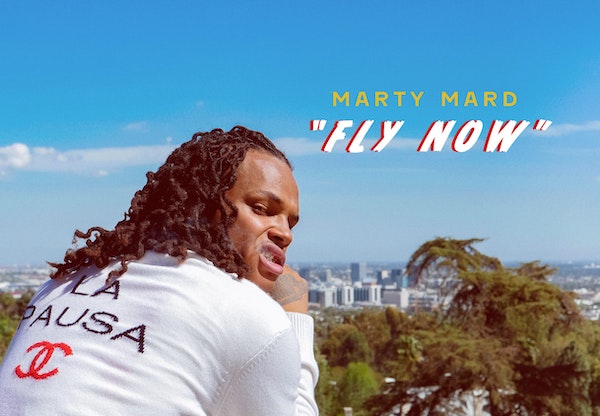 The city of New Orleans, as a whole, went through a major transformation the day Hurricane Katrina started bulldozing through the city. For many, it marked the end of their time in Louisiana, instead opting to flee to the West Coast, leaving behind their only home. But for some, that story didn’t end their, and it signified the beginning of a new one, like for native rapper, Marty Mard. After heading to Los Angeles to get his career on track, Marty has built up a little buzz, working with guys like Chief Keef and OG Maco. Continuing on his path, he drops off his engaging new video for, “Fly Now”.

Shot in Paris, the video mostly follows Marty around the city, catching some refreshing shots of him around designer stores like Prada and more. Soundtracked to thumping production, the intriguing part about this record is how Marty drowns his vocals completely in reverb and auto tune, but it sounds way more polished than it usually does when artists try it. Sporting a vocal tone and cadence pattern that sounds like a smooth ass robot is on the track, it should be sooner rather than later that his sound catches on.

Check out the video below, and let us know in the comments what you think.