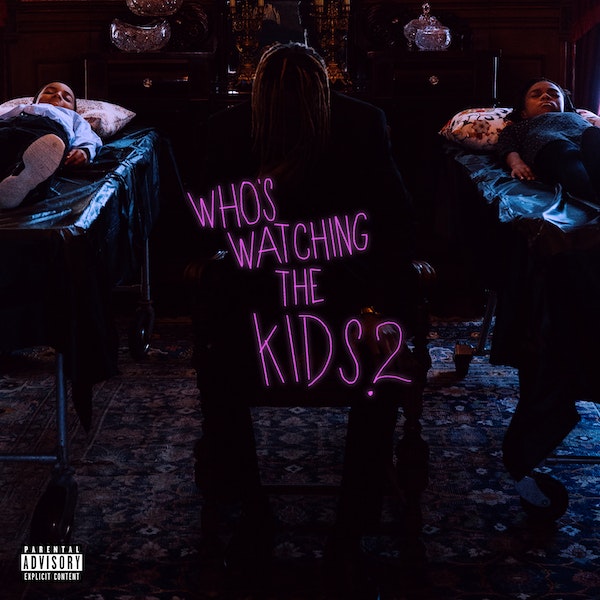 For the last 2-3 years, since around late-2016, New Jersey rapper, Mir Fontane has been one of the more intriguing artists on my radar, for a host of reasons. The first thing that grabbed my attention was his infectious sound, one that was obviously being duplicated at mainstream levels, and the thing that sold it for me was his live show—particularly the one where he went viral for by crowd surfing in a rubber boat. After grinding through the ranks, he culminates his come up with his brilliant new project, Who’s Watching The Kids 2.

Featuring producers like Mike Zombie, Mikey Blanco and Charlie Heat, Mir and his team spared no expenses, and you can hear it in the clarity of this project. From the jump, he enlists in-the-moment-star, DaBaby for a quick assist on, “Hide The Money”, in which he showcases exactly why he’s the hottest rapper in America right now.

The calling card for this project, though, isn’t the list of features, or the high profile producers—it’s the obvious progression that Mir has made as a solo artist. At 11-tracks, the project only has two features, and his performance leaves you very grateful that he didn’t have more. On tracks like, “Homecoming” and “By The Collar”, he absolutely destroys the pristine production on both of them, making way for, without a doubt, the two standout tracks on the project, with respect to, “Michael Jackson”.

In all, Mir provided the perfect follow up to his 2016 cult-classic, one that’s worthy of being called a sequel and standing on its own. With his nationwide tour getting ready to kick off on June 5th, we could be witnessing the ascension of Hip-Hop’s next star right before our eyes. Press play on, Who’s Watching The Kids 2 below and let us know what you think, yourself.