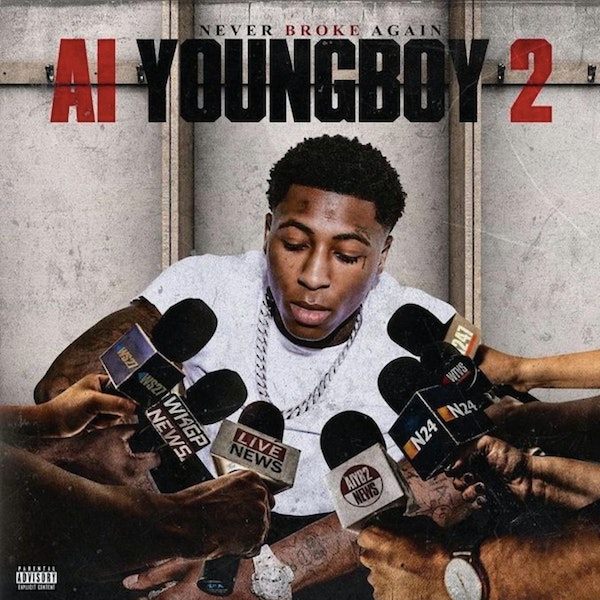 Baton Rouge artist Never Broke Again YoungBoy has dropped the sequel to his 2017 mixtape AI Young Boy. This is the first full length release since he got out of jail back in August. The project is 18 tracks, with notable features from NoCap & Quando Rondo, both artists also from the south like YoungBoy. The cover shows the rapper inside a locker room being pressed by several news reporter microphones. That in itself is a reflection of him dealing with all the legal issues he deals with on a consistent basis. YoungBoy is a bigger artist than most might think,  having a major influence on the street culture. Being the voice of those who go through the struggles of gun violence issues and being misunderstood. He has a soulful feeling to his records, you can feel the emotions he goes through. Speaking on what he went through coming up in this rap game. I believe that YoungBoy is one of the best songwriters in the game. Making his stamp again with this project, I’m sure his fan base will be pleased with the sound of it from start to finish. He will gain new fans from “AI YoungBoy 2”, that’s for certain, showing his versatility and genuine heartfelt bars.