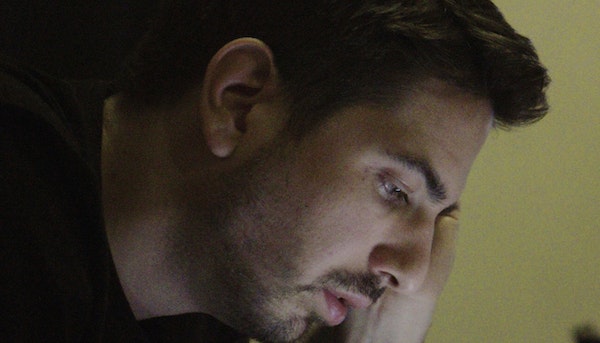 With credits ranging from Lil Xan to Beyoncé, renowned producer Bobby Johnson has truly seen it all. His career was kickstarted by the massive success of a track named after the OG himself, cementing his name in hip-hop history for eternity.

Years after his breakthrough single with Que, the Germany-based beatsmith continues to search for hot new talents, picking up a respectable amount of A-List placements along the way.

For our latest in-depth interview, we sat down with Bobby Johnson to discuss a handful of topics ranging from record labels to the success of ‘Betrayed.’

Read our conversation below.

When did you start making beats?

I started making beats when I was 14 or so. I started off on one of those little programs where you patch loops together basically and then I switched to Fruity Loops a little later.

How did you initially find placements? Would you reach out to artists, sell then via SoundClick, BandCamp? How did you first promote your business otherwise?

Yes, I would both reach out to people and also sell on SoundClick but both were kinda separate approaches. I never really promoted my business cause I felt once the exposure would come that’ll be promotion in itself.

My placements mostly came together by reaching out to people, either via social media or even physically sending CDs in the very beginning. Only a small amount actually happened by people coming to me, partly because I want to genuinely like your music.

How long did it take until artists were hitting you up for beats?

On a smaller scale fairly early but when ‘OG Bobby Johnson’ dropped, people started to take notice on a bigger scale.

How did your name spread at first? Was it locally, or through the internet?

Are you still actively pursuing talent to work with, or does it kinda float your way nowadays?

Yes, I’m still doing that. At one point I had no other choice, so it pretty much became a habit. It’s fun though and it keeps you evolving and in tune to what might be next.

How did your relationship with Lil Xan come about?

I hit him up when I heard ‘Thrasher,’ you guys actually posted that. Shoutout to Hef. You guys have a high density of talent on your page.

Can you explain the process behind the creation of ‘Betrayed’? It has a lot more mellow of a vibe than songs like ‘Slingshot,’ which I always thought made it stand out. Was this intentional?

I just made the beat as it came. I redid the drums once but in general I don‘t try to force a certain vibe. When he recorded the song I wasn‘t there.

What’d you think of the track the first time you heard it recorded?

I thought it was great. I would lie if I’d say I knew it was gonna be like this, though. I more so expected more fast paced songs like ‘Redrum’ or ‘Ridinround’ to blow up. But I appreciate it, it’s a great song.

What’s one of the biggest mistakes you see aspiring producers make today?

Maybe people could care a little bit more about the music. Maybe try a new sound here or there or make something different. But in general I think people got it figured out pretty well with social media and the branding.

One thing that Bryan Michael Cox said is to expect to be pushing for ten years before you see any success, and I definitely would recommend adopting that mindset.

How can you avoid being fucked over by a label on royalties, or a similar issue?

You probably got the best cards if you got leverage and/or experienced people around you. Otherwise things are probably not gonna be in your favor. But it’s probably best to see it in the long haul. If you get fucked over in your first song deal or so it won’t matter if you’re in it for 20 years. Just try to not sign your life away in the very beginning.

In your opinion, how does the music industry treat producers?

I don’t know man. Not great but it’s a business still. Just try to play by your rules. If you try to go by what A&R’s tell you, you might as well pack up and go home. There’s no sense in trying to recreate the hit of the hour. And in general I think it’s a lot about leverage. You won’t get something unless you have something to show for. Build something and let them come.