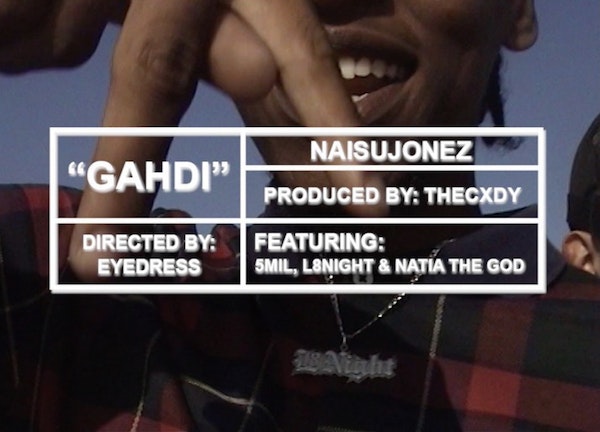 With his Elevator debut NaisuJonez knows how to stand out from others in his class. In this video “Gahdi” he shows the range in his music. The video starts on what appears to be the beach, then NaisuJonez and his “Renaissance Family” are riding out going crazy in a car. He is part of a movement called “Artrich”, which includes himself & 5mil. I like how this video is grungy and fun at the same time. This video was directed by “Eyedress”, which I would like to see make more videos. After watching this, these group of guys should do more songs together as a collective. Looking forward to what Naisu has up his sleeves in the coming future.