AND the deluxe version of Cult Beauty is now available. 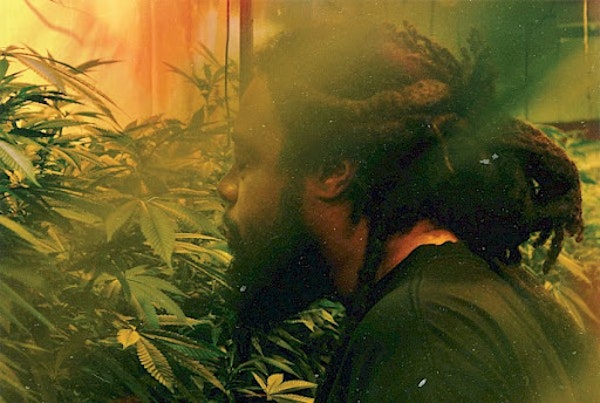 Toward the end of last year, Portland lyricist Myke Bogan released one of his most moving projects to date. His 14-track album titled Cult Beauty was a great closeout to the already successful 2019, from cultivating new opportunities in his career to his personal life. The ride is evident when you listen to each track on the album, which you can also get more in touch with here.

Still riding on the highs of his most recent release Cult Beauty, Myke Bogan returns with a kaleidoscopic visual for “Backwoods”. Directed by long time director & collaborator, Timslew of Soundscape, the theme of the video was clever in a sense of partially shooting the video on the Bula Buds farm in Oregon – simultaneously using this as an opportunity to announce his own custom weed strain. In partnership with the award-winning Bula Buds company, the strain will be called Owls Casket Kush, which will be available for purchase in the coming months.

Bogan had the following to say about why he chose that name in a short excerpt below:

“An owl represents the deep connection that you share with wisdom, good judgement, and knowledge. But I say death to all that! Smoke this shit and live your best f*ckin’ life.” Amen to that.

Set to release on February 21, 4 additional bonus tracks will be featured along with an exclusive unlisted track that you can find only on vinyl. You can find those gems here.

Closing out his 2019 with his Cult Beauty tour, Myke Bogan is set for more appearances this year, his next official performance being in Boise, ID at the Treefort Festival running from Mar 25 – Mar 29, 2020. For more information on the festival, click here.