The 18-year-old Pennsylvania native is as real as they come. 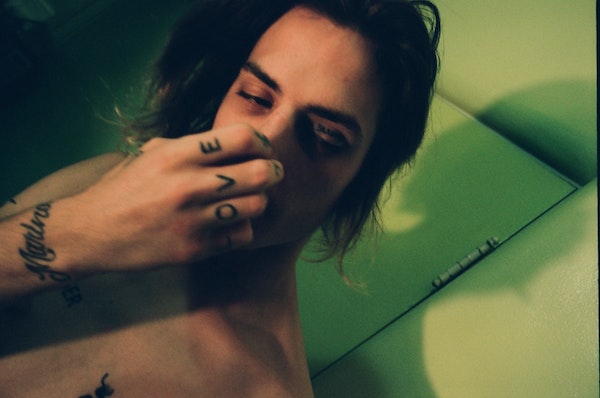 Thus far in 2018, we’ve premiered over 250 music videos on our YouTube channel (yes, I counted). Nearly all of our uploads come either directly from our submission form or through an e-mail/direct message, but the story was different for Moses‘s “Love Me,” our most popular video of the year.

Three years ago, I experimented with the whole ‘college’ thing. Though it didn’t work out as my parents and teachers had hoped, during my two semesters at school I met a ton of new friends from all across the country. When I finally decided to make the inevitable move to Los Angeles years later, I was lucky to already have a few friends living in the area that I had known from my university days (dropouts always stick together).

Amidst one of our Kodak Black-infused hangouts, my former classmate introduced me to Steven Moses, a friend from Pennsylvania that was crashing on his couch for the month. Upon learning of my affiliation with Elevator, Moses rushed to his laptop to play some of his favorite videos from our channel (specifically, our Lil Bibby freestyle). We proceeded to fall into a black hole of Chicago trap videos on YouTube, and it wasn’t until a few hours later that Moses admitted to being a rapper himself.

The first song I heard was “Hotboy,” and I was blown away. We vowed to stay in touch and a few days later, I uploaded audio of the song to our channel. It did decent numbers and proved to captivate an audience, so Moses and his team puts steps in motion to get a visual created for his only other official song at the time, “Love Me.”

Six days later after an intense Fortnite match (I don’t play video games, I just watch), Moses showed me the iconic video that he’d recently shot with Trey Lyons. I don’t remember my exact words after watching it for the first time, but it was something along the lines of: “Holy shit, that was fuckin’ incredible.” While I was looking forward to see the views jump on our channel, I was even more excited to watch Moses transition from a cross-country trapstar to an international recording artist.

It happened as I knew it would, with views growing steadily after “Love Me” dropped on March 26th. It crossed the million view mark about a month later, and started to build a tremendous following for someone I believe to be one of the most promising artists of our generation.

While the story could’ve easily ended there, it didn’t. Despite the mass of attention being thrown his way thanks to a rare viral hit, Moses phoned me everyday to talk about how fast the video was growing, new famous Twitter followers, and other news that was exhilarating for a 18-year-old with a stunningly bright career in his foreseeable future. His pure excitement and happiness was radiant from the jump, and prove to be genuine as he kept in touch on a weekly basis to show gratitude despite six-hour flights and a blossoming rap career. His character truly speaks for itself, and stands out just as much as his overwhelming talents.

Moses recently released his debut project “Love Me // Leave Me,” which consists of eight fantastic tracks including contributions from Maxo Kream, williamvanzandt, diveliner,  Jaxxon D. Silva, and Blake Slatkin. Laced with a range of strong emotions, the album is a representation of the 19-year-old’s rapid rise to fame – an excruciatingly tough transition, even for those who’ve been preparing for a lifetime.

By reading this mess of words, I hope you’re intrigued enough to take a chance on Moses’s debut project, because this kid deserves your love and support more than anyone I know.

Enjoy “Love Me // Leave Me” via Spotify below.