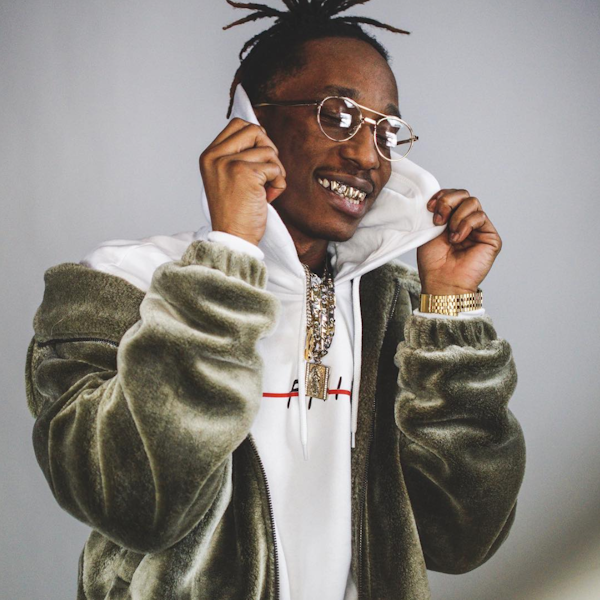 When it comes to discussing artists that had an impressive 2017, New Jersey’s Mir Fontane should be mentioned. Releasing bangers like “Still In The Hood” and his viral-hit “Frank Ocean,” Fontane proved to be one of most notable artists rising from the East coast. Receiving co-signs from Earl Sweatshirt, K. Michelle, Kevin Liles, Jahlil Beats, and more, Mir Fontane has developed a strong fanbase that has enabled him to sell out countless shows.

His lyrics have acted as a magnifying glass on the jungle known as Camden, and with the help of director Nicholas Stafford Briggs, Fontane took us on a tour through his city, revealing the inspiration for many of his haunting songs in Mass Appeals’ Camden: A Child Invincible documentary.

“The song was inspired by old associates and strangers popping up in my life now, due to my success,” Fontane tells Billboard. “They kick you when you’re down, but reach out once you seem to be in a position convenient for them. The song also talks about some of the mental impact these situations cause when you don’t know who to trust and who to stay clear of.”

The now, unsigned rapper, has touched on feeling hurt (and even more so numb) from so many of his childhood friends being dead or in jail as well as being skeptic of unfamiliar faces trying to leech off his success. On his first release of 2018, Fontane lets us know that he isn’t ready for “New Friends” just yet. Featuring Kodie Shane, and angelic production, courtesy of Kenif Muse, the two musicians trade candid rhymes about trust and the coldness of the streets, while finding time to do just a bit of flexing.