Go behind the scenes with one of Miami’s hottest producers. 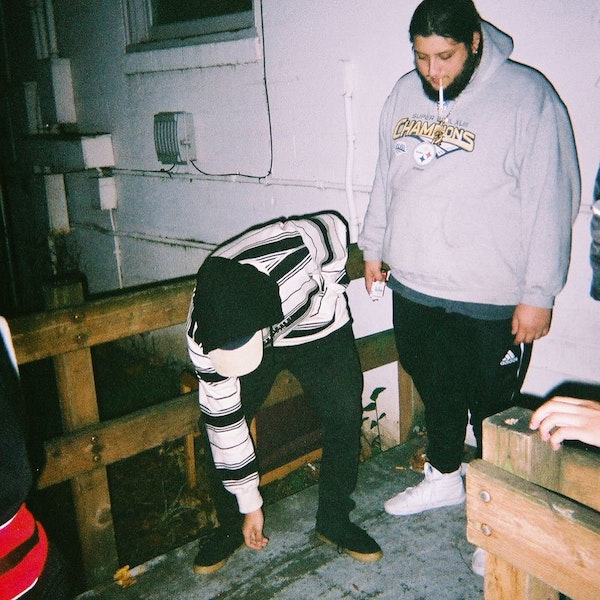 Pouya‘s new album “FIVE FIVE” debuted at #3 on the iTunes charts, thanks in-part to producer Mikey The Magician. The Miami native handled production across the entire project aside from “Weighing on Me,” crafting ten astounding instrumentals that act as the soundtrack for one of the underground’s most beloved full-length LP’s.

I recently hopped on a phone call with Mikey in an attempt to learn more about the creative process behind “FIVE FIVE.” Read our conversation below to go behind the scenes of Pouya’s sophomore studio album.

How did you initially meet Pouya?

I rode the bus with him in High School. At the time he wasn’t even rapping; he knew about my music but we were just acquaintances. When I started getting further into music during my senior year, I invited him over to the studio. My friend has his contact, and he eventually came through. Ever since then we’ve been hangin’ out.

At what point did you know you’d be producing “FIVE FIVE” in its entirety?

Dude, I’ve been wanting to produce an entire project for Pouya since High School. Around that time I was doing more electronic type shit, but Pouya and Nick told me to start making rap beats and I agreed. But even then, the timing wasn’t right for an album. He was out in Los Angeles, so it made more sense for him to make a project with someone like Getter. You know? I produced like half of the songs on South Slide Slugs, but it was open to other producers and had a variation of sounds.

I always wanted to do something more cohesive and balanced, so when Pouya told me he wanted me to produce his entire album, I was completely with it. At the time he had one song done, and it was “Weighing on Me.” After that, we started creating everything else.

When did you start the creative process for “FIVE FIVE”?

The album process started when we were on the UU Tour. Our boy Marcus was handling the aux and he played this dope song that we got “Void” from. As soon as I heard it, I knew the sample would be crazy. I was only on the tour for a few days and I made that beat as soon as I got home.

From a producers standpoint I wanted to make music that’s fun to make and fun to listen to, so we started by finding songs we like and songs we didn’t like.

When I first started digging into the project, Tame Impala had just dropped “Currents” and I was really into them. I was also getting a feel for where Pouya was at, and he ended up fuckin’ with Impala too. That gave me a sense of what he likes. We were also really influenced by groups like OutKast and all those older, more organic sounds. But at the same time, we didn’t want to lose the fanbase we’ve already built off of the harder-sounding shit.

We decided to find new sounds like the Arctic Monkeys type beats, but also cater to the fans by including hard songs. It was super important to do that because the last thing we want to do is upset people that’ve been rocking with us since day one.

How quickly were the tracks made?

Everything is different. In order to make an album, you have to live life and go through shit. There’s always a unique situation, and the excecution is always different for every song. It wasn’t like we locked ourselves in a room for a month. It was more of a gradual process. We wanted to make an album and take our time with it.

After “Void,” we probably didn’t make another track for a month or two. In early April we got around to making “One Time,” and we were really happy with it. I played it for him on the way to the Hard Rock, and he was rapping to it the entire time. A week or two later I made “Aftershock,” and that solidified a direction to head towards.

Most difficult/easiest parts about working with Pouya?

The most difficult part was working with another picky, insecure musician. Pouya and I attempted to make another 20 songs that were eventually cut due to the way we operate as creatives. One of the reasons why the album took so long is because we both have such high standards.

But that comes with pros and cons, because having such a similar mindset can also make it way easier to work together. Me and Pouya have always been on the same page and had the same vision, so that’s always a relief. You never want to be a producer hoping that someone likes whatever you create. If there’s no mutual understanding or blueprint, things can get messy while making an album because you’ll probably just end up with a bunch of bullshit.

After the project was finished, did you revisit any tracks for final edits?

Post production has always been important to me. “Aftershock” had a sampled bass line that I thought was amazing, but it was missing a guitar sound. Two days after making that beat, I hired an assistant (Will Snow) that happened to play guitar, and he immediately knocked it out. It came out amazing, added a ton of life and better vibes.

We also revisited “Suicide Pt. 2” to re-do my Midi bass because it didn’t sound organic enough. My good friends Trianglz, Kaixen and Brian came through, heard the song and literally made my bass sound 100 times better.