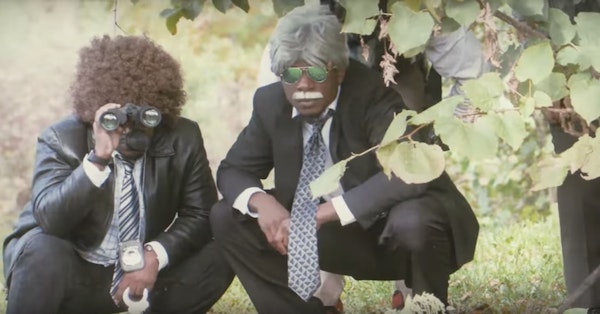 Alright, it’s becoming crystal-clear that Mick Jenkins‘ creativity knows no bounds. After releasing his widely acclaimed sophomore album, Pieces of a Man, Mick has shifted his focus towards the rollout of visual accompaniments for the project’s standout tracks.

His newest, “Reginald” is a breezy instrumental anchored by a jazzy guitar riff and Jenkins’ gruff voice and poetic structuring. The track also features Ben Hixon, but everyone in the video is costumed in either police garb or that of a potential suspect. The track’s title refers to a more formal name than the commonly used slang of “Reggie” when describing marijuana that isn’t up to par. Again, Mick’s creativity is unmatched and his latest visual only further exemplifies that fact.