Members Only speaks on the importance of brotherhood, X’s involvement in their new tape and more

Hailing from South Florida, the artistic collective known as Members Only may be one of music’s most unique and cohesive collectives. Despite the massive success the group has enjoyed, they still call each other by their first names as a sign of brotherhood. Each member has a distinct role, but the glory goes to all.

The group’s positive energy and comradery is palpable upon meeting them and perhaps is one of the driving forces behind their many successes. As we sat below the stage to conduct the interview, fans were already packing the floor above us. As the first DJ began to spin, the ceiling above began to move as hundreds of youthful fans packed the venue to see their favorite collective. Over the course of our conversation it became increasingly clear that unlike many in the entertainment industry, the group’s members were unapologetically themselves.

While discussing a myriad of topics including the importance of brotherhood, their fallen brother’s XXXTentacion‘s involvement in the new project and their goals I couldn’t help but feel that this group didn’t care for the streams, the dm’s or even the creaky ceiling hanging inches above us. Instead, they cared for each other on a familial level that I’ve never seen before in music. Read on to learn more about the talented collective.

Bass: That’s a very good question, but it’s a simple answer. The ones that I like the most I hop on, and the ones that I don’t like as much I give to someone else who may be a better fit for the track than myself.

You all have a strong sense of brotherhood in the group, is that something you’d like to see more of in music?

Bass: At the end of the day, it’s deeper than music with us. If people are just collaborating on music that’s great, but I doubt it could become what Members only is because this is so much deeper than music.

Trunks: We’re brothers before we’re artists. We slept on floors together. 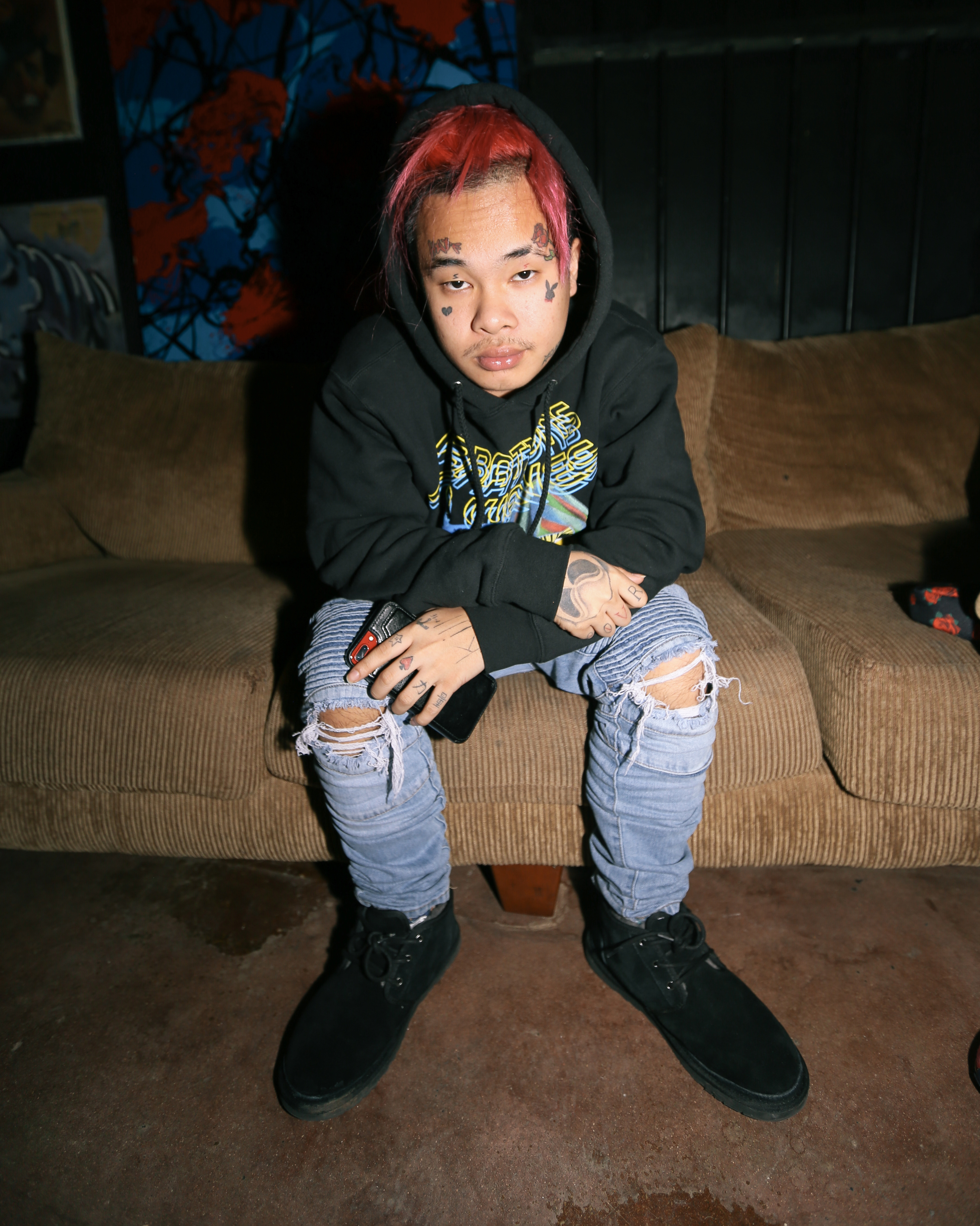 Is there anything that you miss about the come up?

Do you still have the same motivation?

Coolie Cut: I don’t know what it is, but when you level up it doesn’t really feel like you’re making any gains even though people might see it that way. You get new goals and just evolve.

Bass: The only reason I can say I don’t miss anything about it, is because everything we do is the same still. The only thing that’s missing is Jah at the end of the day.

Flyboy: We’re all brothers at the end of the day bro, you could put 7 M’s in my lap right now and I’d quit music, but I’d still hang out with these guys because they are my brothers.

Are there are any other states you guys see as even coming close to Florida right now in terms of producing talent?

Bass: Not even close. Florida has been like that, people finally starting to catch on.

Coolie: Nah, trolling is funny as fuck bro, I fuck with trolling.

Flyboy: Y’all hoes need to stop going crazy editing your pictures on these apps for real. If you got a little booty, embrace the little booty.

Tell me about the studio sessions for this project?

Coolie Cut: Sometimes we would go in all together and have everybody get ears on it, but I feel like some of the best songs on the project were made in groups of three.

Flyboy: so sometimes we’d all be in the studio, but only three of us are working on a song at a time.

How much of the project did X hear or was involved with?

Flyboy: I know he heard “Plottin”, he heard it before everybody got on it. He heard it as just Trunks and Kinsoul I believe. Then they added me and Robb Bank$. That’s the only song that I had knowledge that he heard, other than that I don’t know of any songs that he heard on the album. Oh he heard “Love Hard Fall Fast”, he was supposed to get on that song, but he just was pressed for time to do it and I just wasn’t trying to bug him about it. He was definitely going to get on that, but I just didn’t know when. 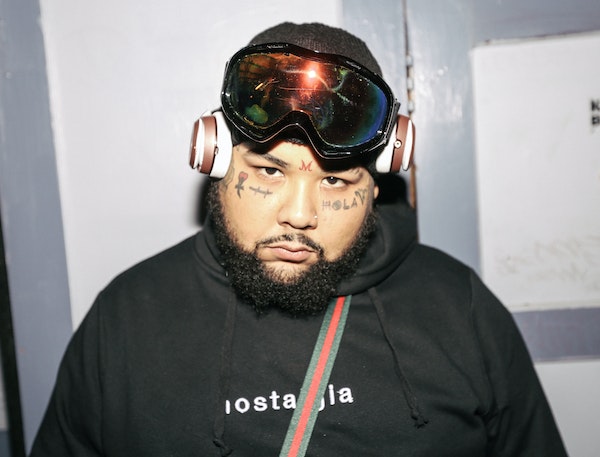 Your fanbase is very international, why do you think the music connects with so many people?

Flyboy: I think it brings back memories for some. Like you can hear a song and then that one song reminds you of when you fucked this one bitch or fought this one nigga or had this dope party.

Bass: I feel like in an industry where everybody tries so hard to be something they’re not, we’re refreshing because we’re not afraid to be ourselves. We don’t have to be tough guys, we can relate to people in everyday situations. We’re not actors like some of the other artists, it’s not a persona or anything. We just bring our genuine selves to the table and let the fans decide if it’s good. We all call each other by our first names in front of the fans or just day-to-day, we don’t take ourselves that seriously so I think that’s refreshing. 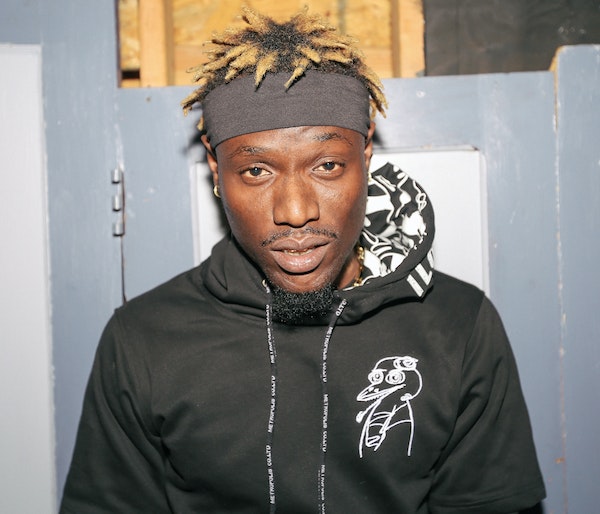 Would you guys ever consider doing a documentary to tell your stories?

Flyboy: I feel like maybe after our primes, but I feel like we’re all still in that pre-prime stage right now, so it’d almost be corny to do one now before everybody in here has a platinum plaque.

What’s the main goal for the collective going forward?

Bass: The main goal is that we’re all solo artists and that was understood from the jump but the main goal is to just stick together no matter what. Our music may sell, but our family and brotherhood are what brings people together. When you start breaking that shit up, you start breaking up everything that Jahseh put in place. Jah used to get upset when niggas didn’t want to do group shit together, sometimes he just wanted to do shit to film and let the fans see. You’ve got a lot of kids that come from broken homes, that just sit at the computer all day looking for an escape and so for any of us to be able to provide that is bigger than music. 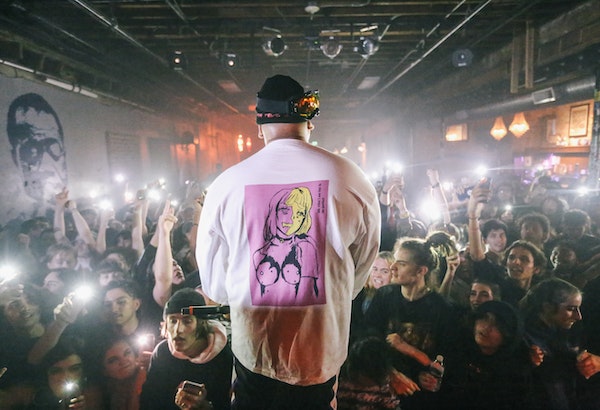 While their brother Jah tragically is no longer with us, I think he’d be proud of the way his brothers have continued to uphold his legacy while remaining true to the movement he helped create. If the collective can continue to release quality at a prolific rate there’s no reason to believe that they each won’t have to make room for a plaque or three in the very near future. The future always carries some uncertainty, but one thing that is crystal clear is that Members Only isn’t going anywhere. Like the ceiling above us, the unit may bend, but never break. Do yourself a favor and get familiar with one of the most talented collectives we’ve seen in recent memory.