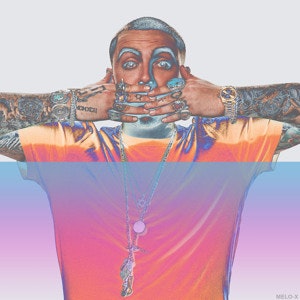 Producer Melo-X took to Audiomack to drop a remix he did of Mac Miller’s interlude from Thelonius Martin’s recent album Wünderkid. The remix sounds crazy and can be heard below. It’s a free download, and you can get the album here. I wasn’t aware of Melo-X before, at least not that I know of, so I hit his Twitter and I’m now a fan.

ur MCM took off his blk socks wen u let him sleep over. He had little pieces of sock lint btwn his toes. U seen dem on ya furry white carpet