A few weeks ago after running through ELEVATOR Submissions and noticed that a submission I looked at a day early had somehow gained a few hundred thousand views overnight. Assuming the artist had merely paid for a shit ton of views, I was surprised to see what looked like legit comments and a majority of them mentioning someone named “Tommy Craze“.  Having never heard of a “Tommy Craze” a asked myself “who the hell got this kids video 100,000 views overnight?”. A flick of the wrist into the Youtube search bar and boom, a results page full of Tommy Craze videos featuring faces of Drake, Trippie Red and J.Cole with millions of views featuring an amped-up, SoundCloud inspired version of Pewdiepie, reviewing tracks and breaking down songs. I reached out to this sultan to learn a little bit more about him and see what he had going on. I give you Tommy Craze. 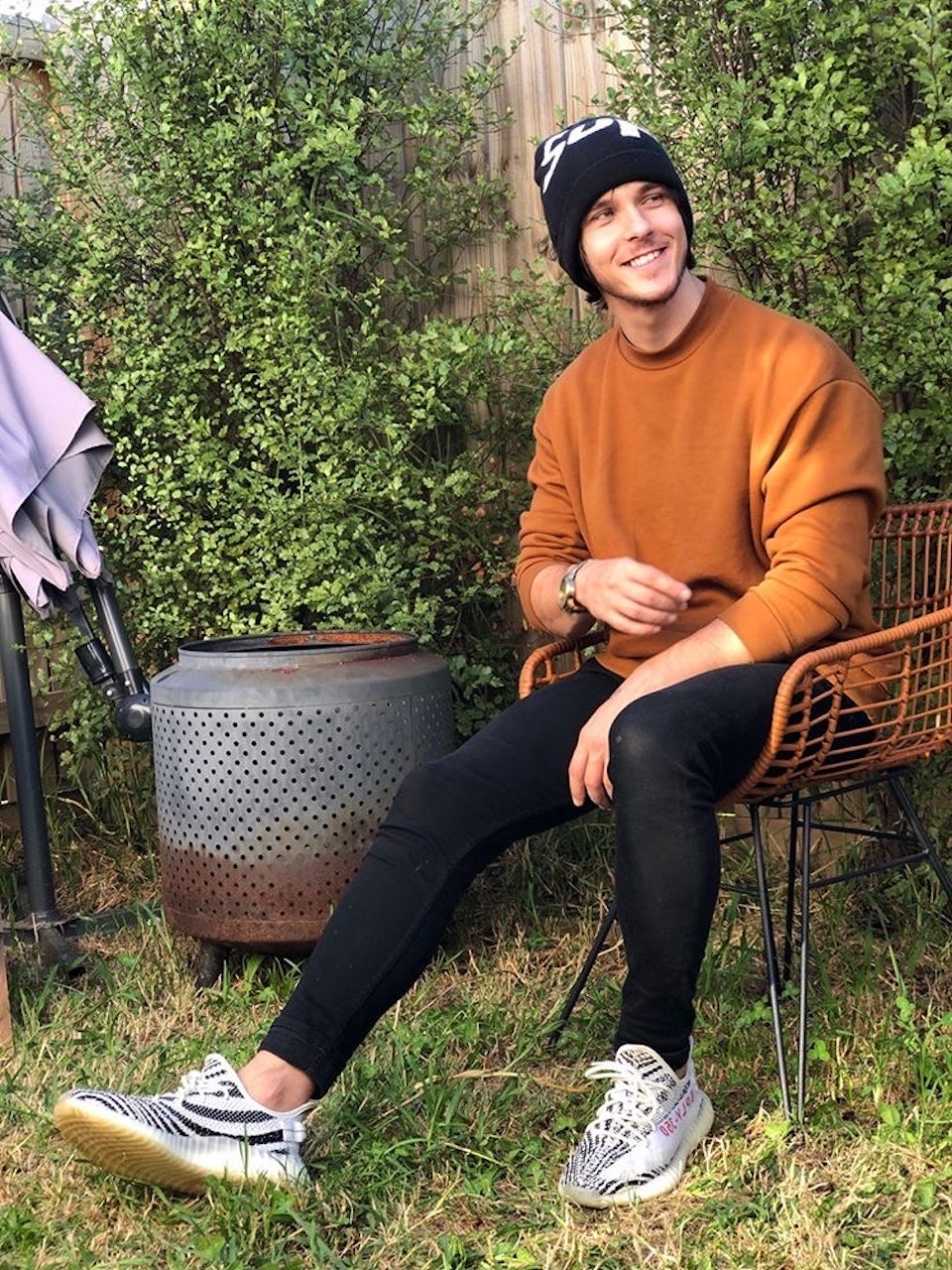 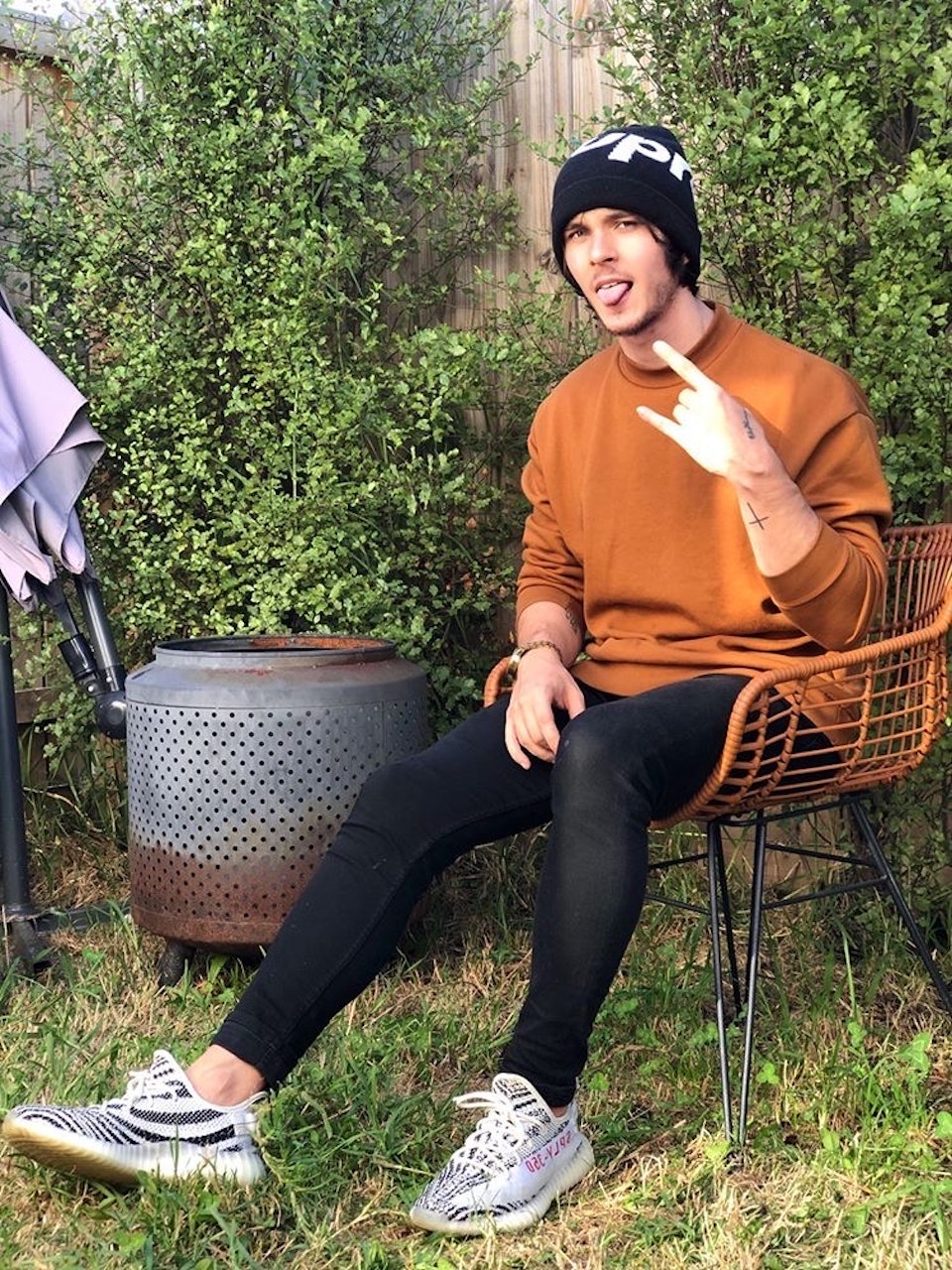 What’s your background? You were born in Poland and moved to Australia? Your accent is crazy.

Haha, I don’t even know what my accent is like anymore, it’s so fucked up! It’s a mixture of like Australian, Polish and US accents all in one. I moved to Australia when I was 12 but I learnt English from American movies and TV Shows and my parents always spoke Polish at home so it really cooked my tongue.

Man, me and my friends started making videos as soon as we discovered youtube, I don’t even remember. My first video was up in like 2008, I think. There are so many videos that aren’t even up anymore. So much dumb shit! We were just having fun, making dumb videos to share with each other. We just kept doing it and it just kept growing. I had another channel called JET Crew where me and my other friend did videos about the Polish culture and Polish Hip Hop. That channel grew to almost a million subscribers. It was a dope way to get to understand how YouTube works and operates.

You really branched out from there, creating content around youtube challenges, comedy, game streaming, and goofy DIY stuff. Your video “Jelly Cups” appears to mark the point where your channel really started to take off. What do you think was the catalyst in that audience growth? Was it just hitting the youtube algorithm or something else?

It’s a little bit of both. When you start to see certain types of videos doing well it kind of makes you more excited to make more videos like that. It feels great to see people watching and liking my videos. I’ve wanted to be a YouTuber since I was like 12 and 12 years later I’m finally getting the opportunity to do it. Like honestly, my formula for growth in terms of views is just to make content and videos which I would wanna watch and make them enjoyable.

Eventually, you released a video called “Polish Chinese Rap”, the first video for a series you created called “Rap Songs That Sound The Same” as well as your own music video. When did you start making videos about music? What attracted you to music and specifically rap & hip hop?

I just love music man. It’s so cool. I love rap and hip hop. I have been making videos on it since like 2016/2017 on the JET Crew channel, except it was only Polish Hip Hop. I never even dreamt of doing American hip hop videos because I always felt like I wasn’t the right person for the role. I mean, I’m a Polish boy living in Australia with a fucked up accent, it was all kinds of mental barriers inside my head limiting me. But it’s great, shows you that the world is changing. It doesn’t matter who you are and where you’re from anymore. It’s about what you got to offer and how hungry you are I guess. First song that got me into rap was Gangsta’s Paradise by Coolio. Been bumpin it since 95’

What are your favorite videos to work on? I discovered you from your series ‘Reacting to Music Videos With 0 Views”. It’s great and I love how you came up with it just by using standard youtube search filters, how’d you come up with that?

I just got stoned the night before and thought it’d be a dope idea. I always used to do this with my friends when we’d have nothing to do so I just turned it into a video and it did it’s thing.

What’s your production process like? What tools do you use? How long do you work on videos? Is it all yourself or do you have a team or work with a youtube network? Do you ever feel the effects of youtube fatigue?

No team. It’s just me and my assistant. No youtube network either. They’re pretty much all bullshit. They don’t do anything and take a cut of your money. For what? We come up with all the ideas on our own, we’ll stay up really late sometimes and come up with ideas for the next day and then spend like 8-12 hours making the video the next day. We shoot everything on our own, edit everything with Adobe, Premiere and AfterEffects. It’s a ton of work and we’re always working on ideas and videos all the time.

I’ve seen you cut videos in order to avoid copyright claims. How do youtube policies like Content ID affect your videos? Do you think youtube’s copyright policies are fair or unfair?

Oh ya… copyright claims suuck. They kill me. I can’t even keep up with them, it’s so much. Some of my videos have dozens of claims because there are so many songs in them. Youtube ad revenue isn’t even where I make most of my money.

Where are your favorite places to discover music? Any specific channels, social media accounts, playlists or blogs?

All sorts of sources and places from Spotify, Instagram, TikTok and YouTube. Gotta keep up with em all as the music industry moves fast. Very fast. 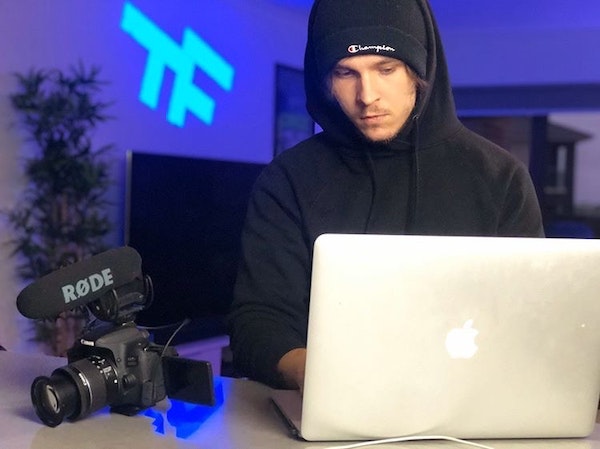 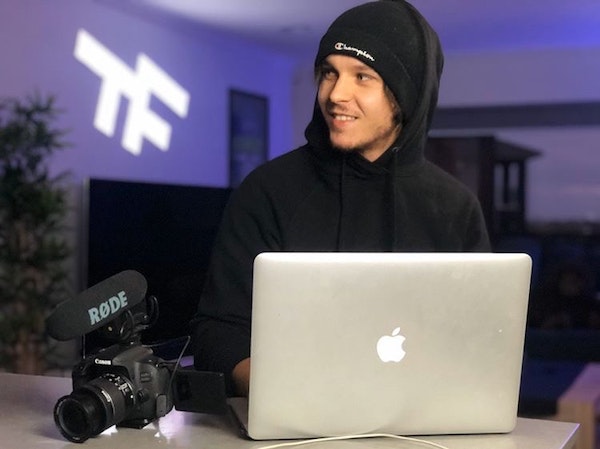 What do you think causes people to gravitate toward a “music channel” like yours or brands/channels that a ‘face’, instead of traditional outlets focused around the brand?

I think people just feel that personal connection… Honestly, it’s like my audience are my homies and in the videos we just discover and listen to music together, share opinions on certain tracks: me through the camera and them through their comments.

How do you work with artists or labels in a promotional capacity if at all?

Certain labels help me with the copyright claims and I have a few promotional spots in all the music content we produce and we also have a couple of playlists. We just charge a set fee for that. Anyone that wants to can email us for Song Of The Day inquiries at sales[at]dripdrop.tv. And definitely check out our playlists DRIPDROP and SLAP CERTIFIED

Any artists or music industry people you’ve become friends with over the internet?

Oh ya man for sure! Lil Loaded is my guy! He actually flew out here with his management and we hung out… I’ve had Trippie Redd and a few other A list rappers follow me on Instagram too and many of the rappers I have had appear in my videos have made contact with me. It’s crazy bro.

Do you have any plans to grow your platform/business by getting involved in the business side of the music industry with managing artists or doing promotion or something else?

Initially no I didn’t. But now, I’m tryna figure something out. After seeing the positive impact my videos have had on careers and to a certain extent; even on people’s lives, it’s like… I wanna keep doing that but bigger and better each and every time. We’re really busy and having a lot of fun just making youtube videos right now. We put so much time into making youtube videos. But I love music. Maybe in the future I’ll start a label or something along those lines but we’ll see.

What happened to your gains? You used to be swole bro.

Hahaha, ya just life bro! Hard to make muscle and videos at the same time.

Are you the Pewdiepie of hip hop?

Hahaha, I’ve heard that, and Yes! but no haha. But that would be great!

When you come to Chicago lets get burgers

Let’s do it chief!