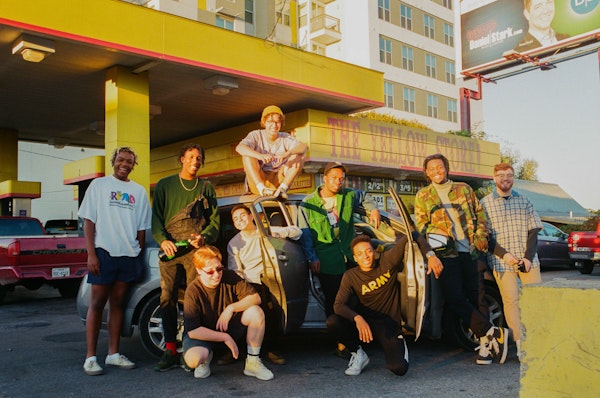 Texas has a long, storied run when it comes to music, especially rap. A city like Houston jumps off the map with their roster of artists both new and old, and a bevy of other artists and DJs that rep the state at large. Continuing on that tradition, is an outfit from the mid-sized college town of San Marcos, named PNTHN (pronounced: Pantheon).

PNTHN is a dynamic group of 10, from all over the state who’s lives crossed in San Marcos, which is where the group sunk their roots. The group is made of 7 rappers, one of which also steps in to produce, 2 full-time producers, and an in-house DJ. The continuation of their team rounds out with a manager who also shoots photography, a trusted designer, and a swiss-army creative who dabbles in many of the other tasks. Their collective direction and sound definitely show signs of continuing the rich tradition of Texas rap, and also balancing in some more boom-bap tendencies and flow patterns.

Their EP, Potluck, might be a tad bit short but it certainly packs a heavy punch. The multitude of rappers and producers cycle in and out of tracks like a giant tag-team. The bars come fast, the rhyme patterns are constantly shifting through the production, but PNTHN never drop the ball and keep the shoulder-bounce strong throughout the whole project. Their influences can be seen even within the first few tracks, starting with the opening track, Chumbucket, with a throwed-pitched vocal sample and sustained bass kick that will inevitably having your head bobbing along to the Texas trill sounds. This track is put into contrast with the third track, Mewtwo, which has a golden-era jazz swing sample and a posse cut chorus which feels at home somewhere closer to New York than Texas. All together, Potluck provides a great peek of the talents of the crew, with bright signs towards their potential as lyricists, producers, artists, and as a collective whole.

To gather more insight to the talented group from Texas, check out the following Q&A session I had with their manager to unearth who exactly is PNTHN, and what we can expect moving forward.

PNTHN is a rap collective founded in March 2017 in San Marcos, Texas. Mixing a number of influences including Southern rap, 90s hip hop, soul music and new school sounds, PNTHN is carving its way into the bubble of Texas hip hop that’s getting ready to burst. The ten members of the group — seven rappers, two producers, and a DJ — work together seamlessly to blend New York-style rapping over Texas-style production, creating a unique sound the region has been waiting for.

Our members come from all over the state – Dallas, Houston, Austin, San Antonio, New Braunfels, and more. We cover the map. But the group formed when the majority of the members met in San Marcos, Texas, where the group is currently based. We have a big team, but the collaboration and artistic crossover is what makes PNTHN special. We try to work as one body drawing ideas from a number of uniquely creative minds.

So how old are the members of PNTHN? And what is the dynamic of the group?

All of PNTHN is of legal drinking age (except Tony Tone but don’t tell anyone). We’re in our early 20s, and trying to make the most of them. The group is made up of a myriad of artists, all with distinguishable sounds. The rappers are Kenny Casanova, Tony Tone, dc4prez, twohorizonra, YD, Pink Ranger and Jedi Chancellor (who also produces). The producers are Romby and Por Vida. Our DJ is Otto Beats. Our manager is Hamze. Our designer is Kelly Hinnen. One of our artistic contributors is Woody, who does a little bit of everything.

That’s the beauty of PNTHN; we have our individual roles, but we’re always contributing to the collective as a whole by crossing into other disciplines. That way we make each other’s jobs easier, as well as gain expertise. We’re always learning when we’re working. When we get better as individuals, we get better as a collective, and vice versa. 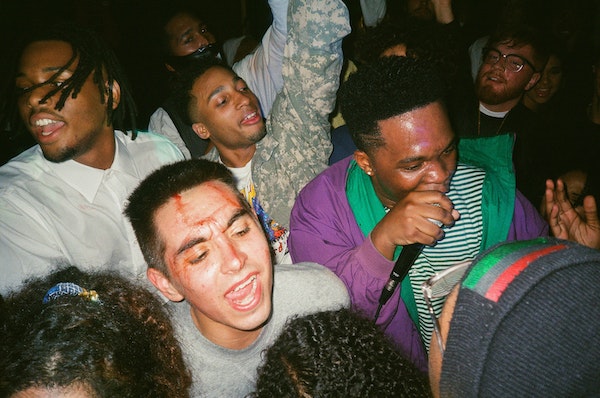 What’s the idea behind the group – how did you guys come together, what was the unifying ideas or situations that led you all to each other?

Tony Tone always talks about how a year ago today, he didn’t know any of the members of PNTHN except a few. The way we all came across one another was too seamless to be called anything other than fate. Creative energy attracts creative energy, and the different members of PNTHN all wanted to create what we have today – we just needed to find the rest of the team first.

But there were a few key ideas that brought us all together. Central Texas felt like it was lacking a cohesive rap scene, and we wanted to help create one. That’s why the shows PNTHN has hosted ourselves in San Marcos are so important – they helped establish us as leaders. We of course all love music, particularly hip hop, but something that drew us together was our unique appreciation for the Texas sound. That’s something we work to pay homage to and recreate.

We also know we’re destined for something greater than school and a desk job. As cliché as that sounds, it’s the truth – we were all willing to take the risks associated with chasing our dreams. When you find other people also willing to make those sacrifices, you stick with them, and watch the vision manifest. 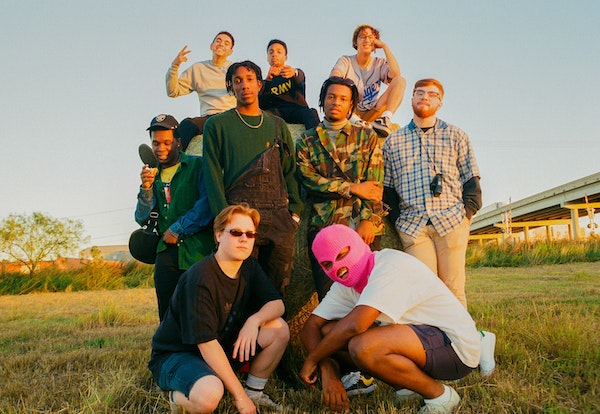 Does the group hold any artists in high regards as influences to their sound? Some of the music  feels very Texas, and then some feels very East Coast, you know? Is there a reverence to Texas PNTHN carries?

We actually just came up with a top five album list that influenced PNTHN’s sound a few weeks ago. Some artists that really influence us as a collective are Isaiah Rashad, Freddie Gibbs, Mac Miller, Wu Tang Clan, Joey Bada$$ (1999 era), Andre 3000, and more. As I mentioned earlier, we all have an affinity for the Texas sound, and I think that’s the thread that keeps PNTHN sewed together. We all have such different styles, but because those different styles have similar roots, they blend together beautifully. There’s never a clumsy transition between rappers. That chemistry wasn’t easy to create, but the better it gets, the more impact PNTHN will have on the future of Texas sounds. We’re really here to put on for our region, for the South, for Texas. There’s a lot of talent that needs to be seen in this area, and if PNTHN can help put it in the spotlight, we’re helping everyone win.

Check out the project below and get introduced to the young Texas group as they look to cement their names in the long list of legendary Texas music.