This 17 year old rapper will be on everyone’s radar by the end of the year, just watch. 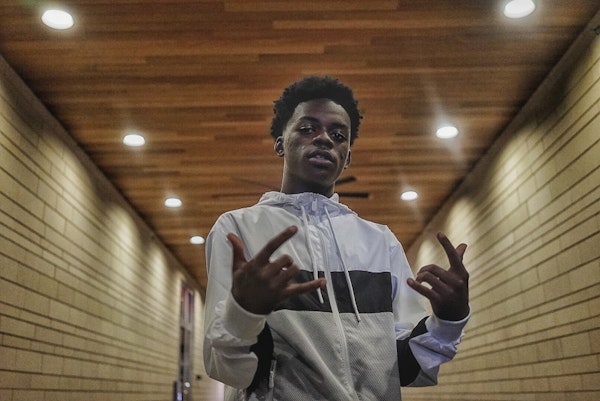 When the city of Austin, TX. comes to mind many would think of the capital building, the main campus of the University of Texas, or the cities’ ever flourishing indie scene. While the Lone Star state’s capital may be nationally known for it’s bustling night life and abundance of tacos, there is a rapper by the name of Quin NFN who is taking the city by storm.

With the exception of Houston, the rap scene in Texas is criminally overlooked and at 17 years-old, Quin NFN may be what his city needs to bring Austin into the spotlight. My first experience meeting Quin was a total shock. While his music carries the energy of what most would expect from a rambunctious teenager, his in person demeanor is extremely calm like many would expect from someone who has lived through the events that are regularly found in Quin’s raps. At the rapper’s 17th birthday party it became absolutely apparent why he is without a doubt making major waves in Austin. With only a day in advance, he planned a video shoot for his most recent release, “Game Time pt.3,” and his ability to completely fill both an apartment and parking lot of a quiet Austin, TX. apartment complex with friends and fans alike was proof enough that this kid is making noise.

With the consistent release of music toward the end of 2017, and a city hungry for a star to emerge, Quin NFN is dead set on making his way to the top of the Texas rap scene. With his talented ability to vividly portray the realities of his life in the streets using quick witted word-play and hard hitting metaphors Quin’s music without a doubt is setting him apart from the pack. If beginning to catch not only the city, but also the entire state’s attention in the end of last year is not enough, Quin was selected by South By South West after the festival’s application process closed giving us reason to believe that his name is in the mouths of more than Texas artists and  fans alike.

Along with the premiere of his latest Fresco Filmz directed music video for his latest release, “Lil Gangsta,” Elevator writer gregisonfire reached out to the buzzing ATX rapper to gain more insight into the background and upbringing of the talented young rapper which you can read below.

Who are you and where are you from and where did you grow up?

I am Quin NFN & I grew up in Northeast Austin, da 4 to be exact.

Life growing up was fun and crazy as hell. There were a few scary moments but for the most part we knew how to have fun in even the most serious situations.

What’s your earliest memory of music? First favorite song, album, rapper you looked up to?

My earliest memory involving music was my first time going to the studio, around age 6. I end up not being able to even record ‘cause I struggled writing the rest of my verse. As a youngin’ I always looked up to Lil Wayne… just like any other lil boy my age. He still inspires me.

What kind of kid are/were you in school?

I’ve always been smart. Being dumb was never an option for me. I was a straight A/B student until 8th grade. That’s when I started kickin’ it with the wrong crowd and start losing interest in school. I’m not in school at the moment but I promised my mama that I’ll get a GED, if not a high school diploma for her since none of my brothers did it for her.

How do you balance being a teenager and being a rapper? How difficult is it in school, or in social settings, given your online buzz?

I think it is easy to manage being a teenager and a rapper, especially when you’re hungry. I dropped out of school to put my all into rap. I think for others that may be a little more difficult to balance both.

How has where you’ve grown up influenced your rap style or lyrical content?

Growing up in da 4 helped a lot with my type of music. All I’ve seen as a youngin is stuff anybody in any hood in America has seen so I rap about it because I know they don’t have a choice but to feel it. My pops always filled my head with knowledge and made me read for the little time I was around him to build my vocabulary.

When did you start taking rap seriously, or when was the moment you noticed that this could be something serious as far as being an artist and a rapper?

I made sure my craft was perfect before taking rap serious. I was writing music for 7 years before actually going to record it. When I started rapping, I didn’t think I was good enough to become a “big artist” so I just made music to go t up with my patnas around the hood. After I got on SayCheese labels started calling for me, which is what made me take rap serious.

When did the major attention really start pouring in? What was the song that caught a lot of buzz and you noticed a difference?

I started doing numbers after getting on SayCheese TV (around November of 2017). The song that caught everybody’s attention was “Gametime Pt2,” it has like 120K views right now.

They can expect a lot of good music that they can turn up to. I am dropping my first tape “Demon Child” on 3/9.

Watch Quin NFN’s debut Elevator music video for his single “Lil Gangsta” below and keep your eyes peeled for the young rapper all throughout 2018.