The renowned painter opens up in our latest exclusive interview. 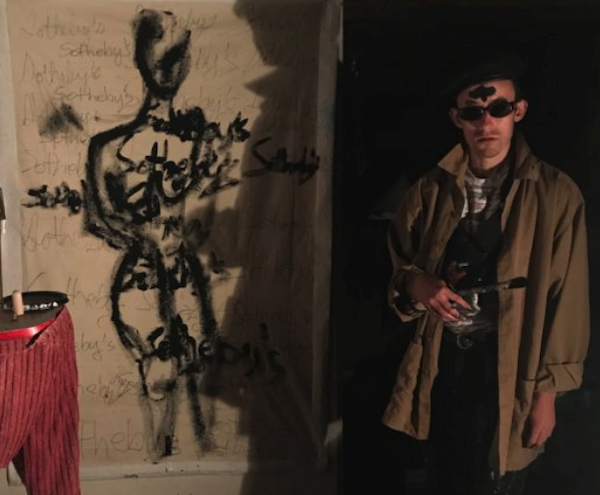 Kacper Abolik is far more than an artist. He works with a mission to simplify the outrageous world around us through his paintbrush. When we held this conversation, Kacper had been & still is working relentlessly for 48 hours on seven large paintings.

His work ethic, honed talent, and superior mind together have allowed him to transcend to a status that has made celestial opportunities possible, such as having his art showcased on A$AP Rocky’s Instagram account. Read our interview with the virtuoso below.

I’m a painter who’s using the medium of my artwork to translate different ideas and concepts to the people. Tensions are very high surrounding different things in the world right now. I aim to remove yourself to see larger pictures and concepts surrounding all of these events and scenarios.

You call yourself a “Royal Court Painter.” Explain this.

The role of the royal court painter is to portray people historically at high levels of fame, of class, at different strata. I act as a Royal Court Painter by portraying those people that may have some sort of level of fame in contemporary society, but also a Royal Court painter that is bringing the idea of being a court painter to things that aren’t historically painted by court painters. Overall, I’m trying to make things more simple for people. Because when you go outside, people can be outrageously confused. There’s a lot of confusion, and it’s unnecessary.

You have a lot of reference to Greek mythology in your artwork.

Everything is outdated. All mythology and all antiquity needs to be transcended. Historically painters that I study portray these Greek gods, which have roots in different gods of different cultures, and the style the Greeks use to portray these archetypes is just one style. It’s a means for portraying how archetypes may be represented in this era.

Where do these archetypes come from?

Light. There’s light in our brains. Maybe that’s where the archetypes come from, light. 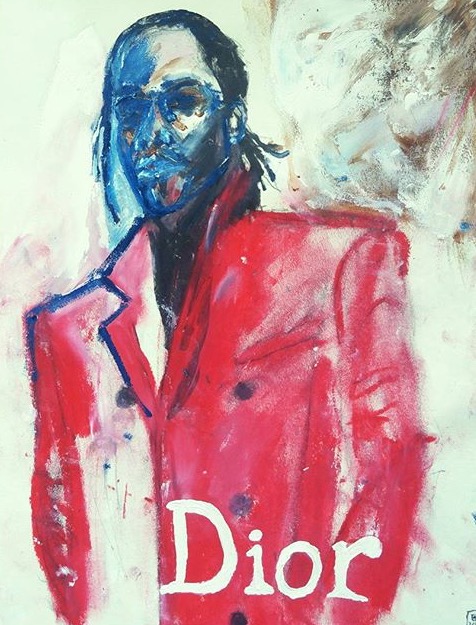 Most people that know of you know that your art is commonly showcased on A$AP Rocky’s Instagram. How did this come about, and what is it about Kacper’s work that sets it apart

The relationship between my paintings and A$AP Rocky’s Instagram really came through the ether. It was not initiated by any sort of direct contact, contract, or paperwork. It was a connection that transcended what one might think would take to start a relationship of that sort of sense. Posting these paintings daily, just by being out there on the internet, came to the attention of people required to move them into a zone, and it just so happened that the paintings of A$AP Rocky were seen by somebody within the A$AP collective, and it just sort of started from there organically. The A$AP Rocky paintings created a space that we’re working within, kind of pushing and pulling back and forth. One might think it’s uncorrelated, but it’s really tied together.

Does you feel that that’s how every artistic collaboration happens?

How could I not paint A$AP Rocky? He’s literally everywhere. Ubiquity. Ubiquity is a word I’m thinking about a lot right now. Only the best collaborations have the same feeling as this collaboration, ya know, Warhol and Basquiat. There needs to be passion. There’s no passion in releasing an iPhone at the end of the year. 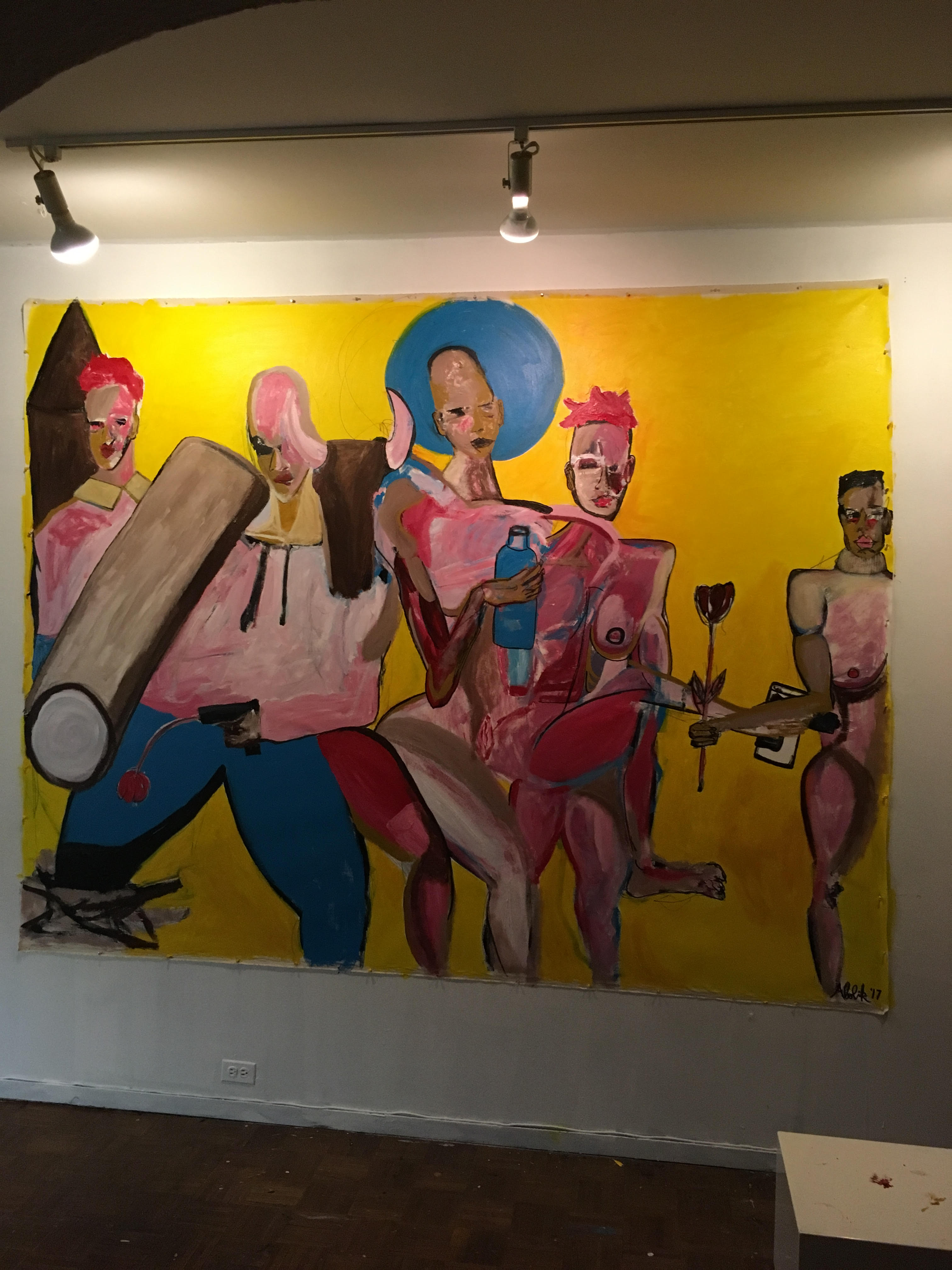 You have a very solid set of beliefs about how things work. Is there a spiritual side to these beliefs?

Every moment that there is ecstasy, God is in front of me.

A lot of your paintings appear to be slightly demonic. Is this because there can be a dark side to the celebrities that you portray?

Perfection can be demonic, I feel like. And maybe that’s something that I’ve been looking at more often, at certain times. 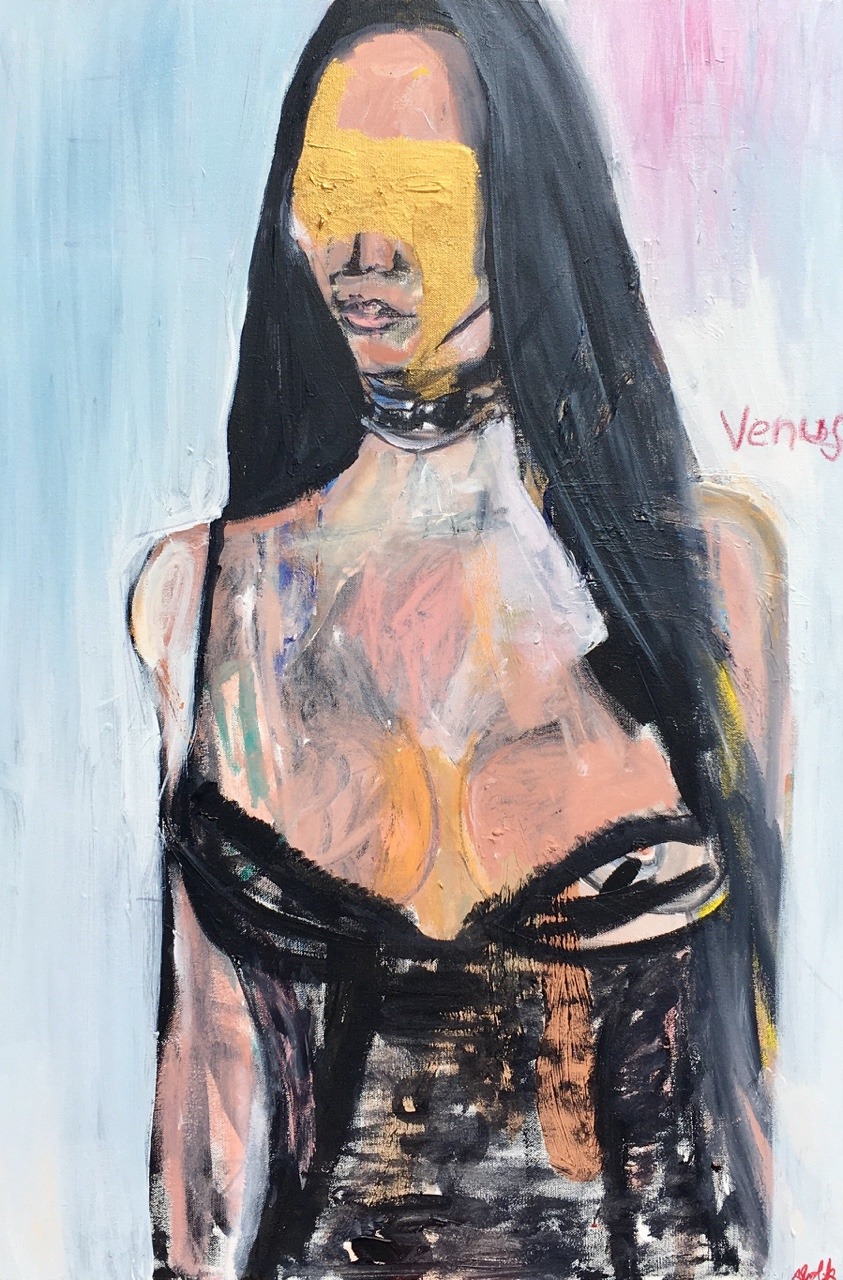 Celebrities are always striving for something better, trying to transcend. Do you think that that’s almost unhealthy, because perfection is not possible for people to achieve in a physical world?

That’s actually false, because in our world now, it seems that everything exists all at once. That means, we’re in a new type of place here. Brand new.

What changed is the intensity of art. I’m sure it’s quite apparent, you see it everywhere. There’s copies, there’s mass amount of fake, of copy. There’s a whole culture around it. Once there’s a whole culture around it, that’s where it even becomes a bigger player, because what is culture? Culture is everything, in a sense, in our world. Because without culture, then ya know, what is there? It’s just white walls everywhere, that would be fucking cool. Sometimes I like white walls everywhere. In a mall, per say. I love malls, because it’s brands searching. And you can just walk through different brands, searching for this type of perfection we’re talking about, this relentless search. So I’m looking for things like relentlessness, what is that?

Where did your philosophy and knowledge about everything come from?

Just from various poets, living or dead. It seems as so that poets are quite receptive to revolutionize their situations. What the fuck does that mean? *laughs* You know it could’ve been my guru, a fake guru, gods, celebrities, what are these people for you? Are you one of them? Are you all of them? Are brands bad for us? Is there other types of people that are influencing me? Of course, all of art history, all at once. Mainly, recently: Kanye West, A$AP Rocky– AWGE, AWGE, AWGE. AWGE is very important because it’s this fact that you can’t speak about it, or can’t say anything that’s going to happen in it, or about it, ever really, it’s AWGE. The fact that you are creating that, and allowing things to happen with that type of energy is powerful for collectives. 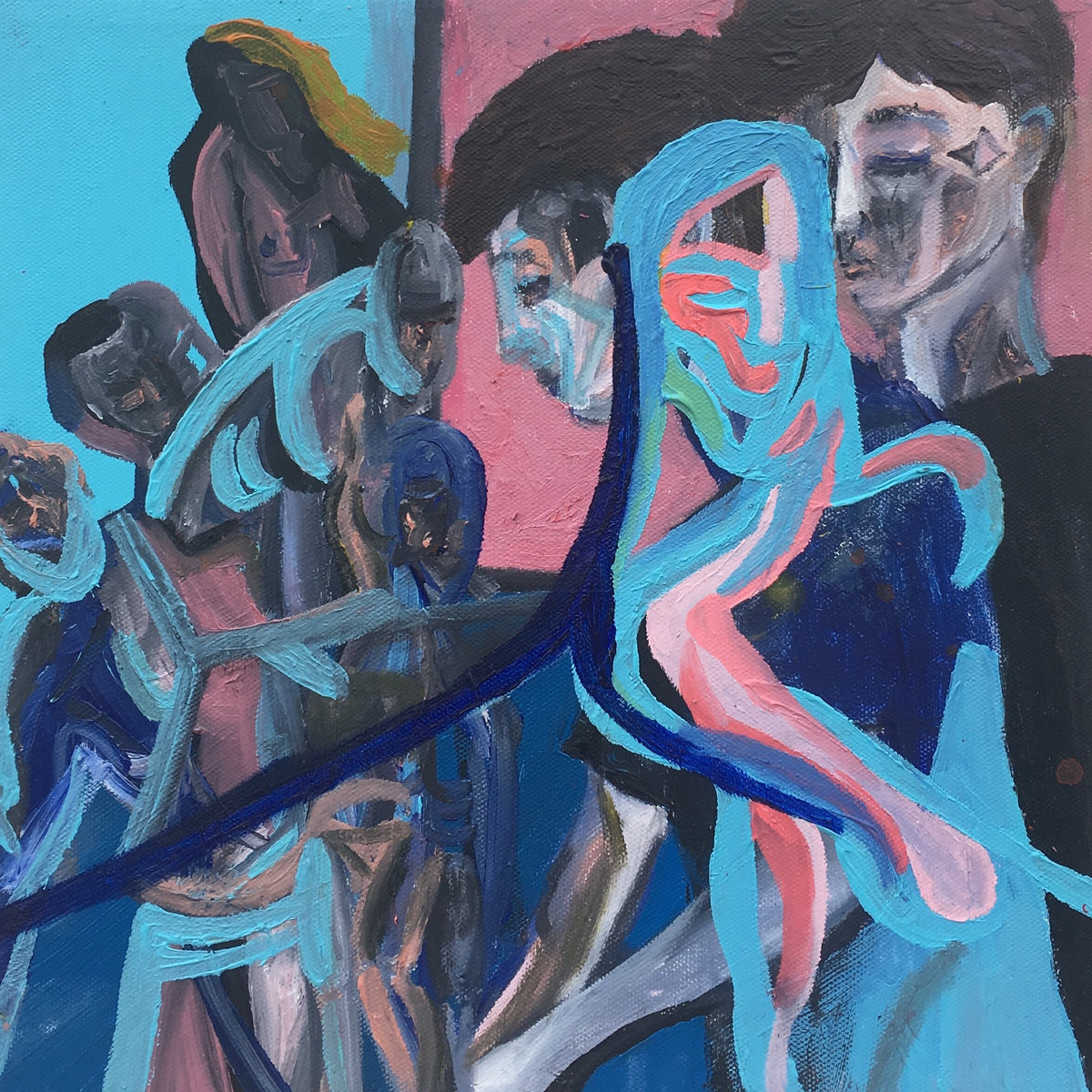 You’ve made cover art for Instupendo. How did this come about?

Well actually, I happened to listen to his music and was interested in it, so that’s how that happened. Just something that came about, a mutual interest in someone’s work.

Will you do more cover art in the future?

It is something that I can be very interested in, for the right people. I’m not just gonna do album artwork for anyone. If someone wants to use my painting for album artwork, whatever that is– I mean come on, like what even happened to the artist making the album cover, like does that even happen anymore?