“No human is fully good or evil. We all make actions that put us on more of a spectrum somewhere in between.” 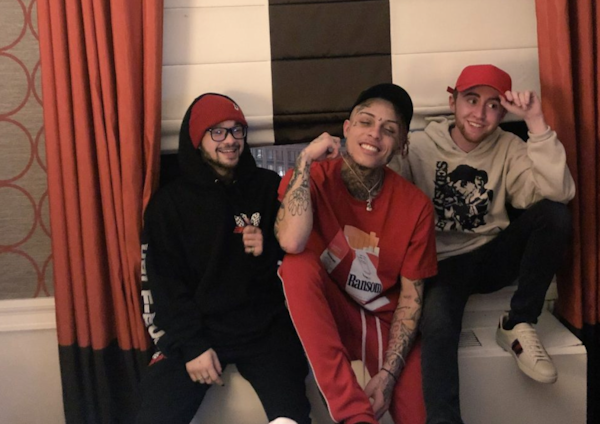 The streetwear industry is filled with underage consumers that rely on their parents to support their outrageous spending habits. Half-Evil is here to flip the script, offering a cheap alternative to expensive products while remaining focused on quality and appearance.

The Connecticut-based company was founded by Samuel Grimaldi and his anonymous co-founder in 2017, with August 25th marking the first official drop as two $3.33 t-shirts began the start of something new. “When I was in 6th grade, Soulja Boy blew up and I fell in love with BAPE at 12 years old,” says Sam. “I couldn’t afford any of it and my parents were definitely not going to buy me anything.”

“In high school I got really into Supreme, and remember being able to only buy like 2-3 shirts after working a minimum wage, after-school job,” he continues. “I still love and buy both of those brands today, but I personally wanted to create something that almost any young kid can afford and be happy/proud to wear. What other streetwear brand can you get a t-shirt shipped anywhere in the USA for less than $10 every month?” 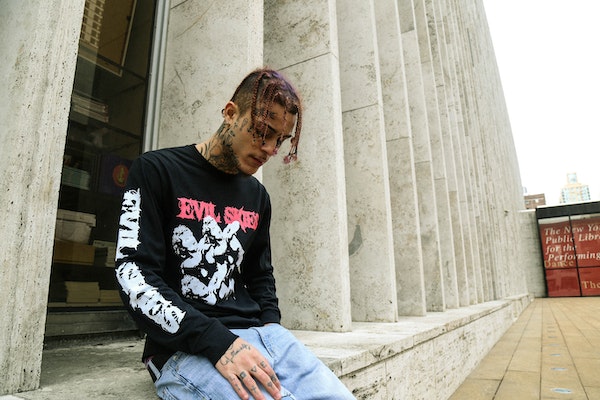 This strategy seems to be effective, as Half-Evil’s V-Day collab with Lil Skies pushed over 11,000 units.

“Nick Jandora purchased one of our first drops and tagged us in a photo of him and Skies. We were already fans of his music (and listened to him while shipping orders), so I sent them more stuff. Skies kept getting spotted wearing it, so eventually we came up with concepts and it happened.”

Consisting of two tees, five hoodies, three long sleeves and a limited edition chain, the Evil Skies collection marked the brand’s first release in collaboration with a recording artist. It was a no-brainer, as Lil Skies’s dark aesthetic blended perfectly with Half Evil’s mysterious energy. “The concept of the brand was that no human is fully good or evil,” Grimaldi says. “We all make actions that put us on more of a spectrum somewhere in between.”

With goals to surpass their competition (and plans for a six month anniversary drop on February 25th), Half-Evil is headed to the top with all the right intentions in mind. “We don’t profit much on the $3.33 shirts, but I really wanted to create a product that everybody could afford. So many other brands are robbing the youth with overpriced bullshit on the cheapest blanks they can find. It isn’t cool.”