Meet DJ Jerzy (JJ) , a Floridan DJ and Producer Taking The World by Storm
When you think of prominent producers and DJ's around the world, artists like Marshmello, DJ
Khaled and Skrillex come to mind, however none of these artists had such a rapid rise to
stardom as DJ Jerzy. The EDM Producer and DJ specializes in original music along with
occasional remixes, and has fans of EDM music all around the world thoroughly impressed. The
young artist is only 3 months into his musical career, however looking at his Artist Stats, you'd
presume he's been in the music business for several years, passing over 1 million streams on
all streaming platforms combined. Just on soundcloud alone, he has currently reached over 2.4
million streams. Having such a huge impact in such a short time is an accomplishment very few
artists can hold to their name, but DJ Jerzy has proved to the world countless times that he has
no plans of being just a regular artist. 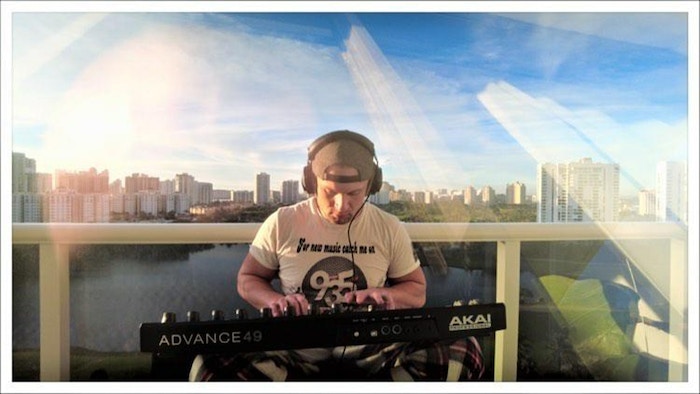 Photo Credits: Adam Baalshem ; @adambaalshem
DJ Jerzy (Jerzy Roginski) may have only started making music 3 months ago but music has
made a huge impact on his life since early days of childhood. "I have always loved music. I
played piano as a kid, sang in National United states choirs, won solo competitions for trumpet
and more." DJ Jerzy struggled with mental health problems early on in his life, but persevered
and bounced back, making a full U-Turn. His main goal of music now is to help motivate others
going through the same and unite people all over the world through his music.


Life is full of ups and downs, and DJ Jerzy's life was certainly filled with those, however in recent
times the positives have heavily outnumbered the negative. "I started an accelerated nursing
program at Keiser, which is 35 credit hours a semester and passed with a 3.7GPA, all in the
meantime produced 6 songs, totaled 1.3 million plays in one month on soundcloud with my
combined accounts, was able to find a manager, Salo Sion, started hosting radio shows with
Miami's dance radio station revolution 93.5, won 5 number one golden track awards on Spinnin
Records Talent pool for number 1 song in the world charts" Quite the impressive resume.
DJ Jerzys goal in music is to be a good influence. “My goal is to make people feel the freedom
and joy I feel when making music, to bring people together, as one sister/brotherhood.” Jerzy
wants to be able to provide enough for himself and his family and use his capability to influence

millions to create positive change in the world, "I want to be in a financial position where i have
the opportunity to influence the world, tackle world problems and create real change for the
world problems we face as humanity.” “Being an artist isn’t just about me, it's bigger than me, it
is for a greater cause, to help mankind.”

Photo Credits: Adam Baalshem; @adambaalshem
In conclusion, DJ Jerzys future is brighter than ever and has no signs of slowing down anytime
soon. Music lovers reading this have an opportunity to be a part of something big.