We sat down with the international duo to talk about influences, differences, and their creative process. 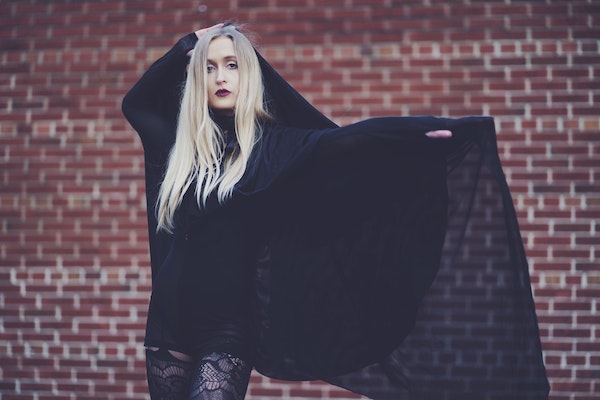 Processed with VSCO with f2 preset

We had a conversation with Michigan singer-songwriter CASHFORGOLD and German producer Tim Schaufert about influences, differences, and their creative process coming from two very different places. The duo recently released “Runaway”, which is a classical / techno dance record that redefines a sound and songwriting style.

How did you get your name?

I was driving home from a show in Detroit with a few of my friends and we passed all these Cash for Gold shops on Woodward and I was like “yeah… that’s my name.” They all laughed – they were kinda like, “wtf?” They didn’t get that it had such a deeper meaning to me at the time. I spent the majority of college studying postmodern philosophy and the way art is treated as a commodity. The idea of giving art value based on an exchange (monetary worth) rather than it’s inherent qualities seems so absurd to me, but that’s what capitalism and mass media has done to art. Cash for Gold – taking something so pure and natural, with so much intrinsic value, and trading it for US currency – something so fleeting – is just such a strange idea. CASHFORGOLD as my name is ironic… I want people to find the inherent meaning in my music.

My earliest memory is singing songs from Annie with my grandma when I was like 2 or 3, but I think the most significant early memory is when my Dad played Bittersweet Symphony for me in his car… I was like, “wow, this is the most beautiful yet dark thing I’ve ever heard.”

What is the most influential moment you had with music?

My most profound emotional shifts have happened when I’m at a show or festival. At Burning Man in 2016, I was at a Rusko set and he dropped the Skream remix of ‘In For The Kill’ by La Roux – I was so touched by the vocals… I suddenly had all of these memories of singing and I decided I needed to make a Soundcloud and start writing again. I hadn’t been singing at all for almost 4 years – I was feeling really “stuck” at the time. I hated my job, my relationship wasn’t really working out, and I didn’t like living in San Francisco. I ended my relationship, moved back to Detroit, and uploaded my first track a few months later, and as crazy as it sounds I can trace it all back to that moment.

Who would you compare your songwriting style to?

What kind of music were you exposed to growing up?

My mom raised me on artists like Erykah Badu and Norah Jones and my Dad was really into classic rock like the Eagles and The Who. In middle school, I got really into hip-hop/RnB and emo music. I went to my first “festival” in 2007 and it was just a bunch of emo bands… MCR, Taking Back Sunday, and Linkin Park all performed. I got into EDM in high school… I was really into Crystal Castles and artists like Bassnectar, Caspa, Rusko, and Skrillex. I really like the intensity of heavy bass music juxtaposed with ethereal female vocals.

If you weren’t doing this right now, where would you be?

Hm… that’s hard to think about, cause I know this is what I’m supposed to be doing. I’d probably be in grad school for Philosophy.

You can hear the chemistry you two have in each record you do together, how did you guys meet?

I was looking around for producers to work with on Soundcloud. I would spend hours just browsing through the feed and following new people to try and find the right person. I heard Tim’s track “Calling out to you” and it really spoke to me. I wasn’t really familiar with future garage yet… I loved how it had a super chill/downtempo sound but still incorporated some heavy bass and dark vibes. I felt like we could make some really cool stuff together so I messaged him and asked if he wanted to collab.

When did you start working on music together, because to manifest both of your artistic energies as cohesively as you do doesn’t happen when you’re first introduced to one another?

We released our first track just over a year ago. We’ve definitely grown a lot since then – individually and as a pair. When I listen to some of the tracks we made a year ago I feel like it doesn’t even sound like the same two people. We did everything remotely for the first 6 months. It was definitely a huge game-changer when I went to Berlin for the first time last July. When we’re in person the music just flows out of us, and when we’re apart it’s a bit more fragmented.

Coming from such different backgrounds does it hinder or help the creative process?

It doesn’t really make much of a difference honestly. I feel like our generation kind of grew up on the internet rather than our direct surroundings. We know mostly the same music and we’re inspired by a lot of similar movements. I guess I could say it helps because when he shows me music he was into or I show him something I was into that we didn’t know before it allows us to explore new ideas.

Tim, being from Berlin who are some of your biggest inspirations?

Berlin isn’t really relevant to my inspirations. Burial is my biggest influence, and other chill producers like Direct and Sorrow.

When did you start producing?

In 2007 I was at house parties a lot and one day a friend came over and brought a program and said that we should do our own music so we can play it at parties. I thought it was a fun idea so we tried. I was doing a lot of deep house back then.

C4G, when did you start writing songs?

I was 17 when I wrote my first serious songs. In 2009 I found this guy who made “chillwave” on Myspace who coincidentally went to elementary school with my best friend. I messaged him and asked if he wanted vocals on his tracks. He seemed a little confused when I literally invited myself over to his house to sing for him, but he seemed impressed when I did. I really wanted to start a band with him. We put out some horribly recorded/produced songs on Soundcloud in 2010. We had no idea what we were doing, but it was fun.

Who are some of your biggest influences?

What was your inspiration for this particular record?

Tim wanted to do something weird with classical piano. When I heard it I wanted to write about the dreamlike state I was in… falling in love with somebody I had never met, who lived in a foreign country, and how our interactions were such an escape from my immediate reality.

Listen to “Runaway” on Spotify below: