“I’d have liked to hit the floor.” 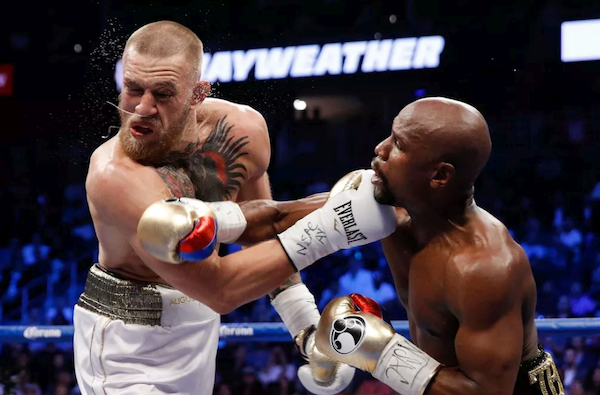 Last night Conor McGregor and Floyd Mayweather went head-to-head in one of the most exciting boxing matches in recent memory, raking in a grand total of over nine figures each. The fight lasted longer than expected, with the referee calling Mayweather victor in the tenth round after the UFC champion appeared defeated.

The opponents put a slight dim on their growing rivalry following the match, with Mayweather complimenting McGergor’s ability despite the TKO. The Irish took a different approach to reconciliation, saying “I thought it was a little early of a stoppage. I get like that when I’m tired. I get a little wobbly and flowy, but get me into the corner and I’d have recovered and come back. I’d have liked to hit the floor.” As if the dude hadn’t already proved himself to be a maniac, he added “Lay into me all you want. I’ll take it on the chin. I’ll take it wrapped around the neck on live TV.”

Instead of being left for dead on the mats, Conor was treated to a few swollen ears in terms of battle scars. Here’s to another match with no referee?

“No one takes the risks I do.” – @TheNotoriousMMA #MayweatherMcGregor pic.twitter.com/y7XgwAhgCq