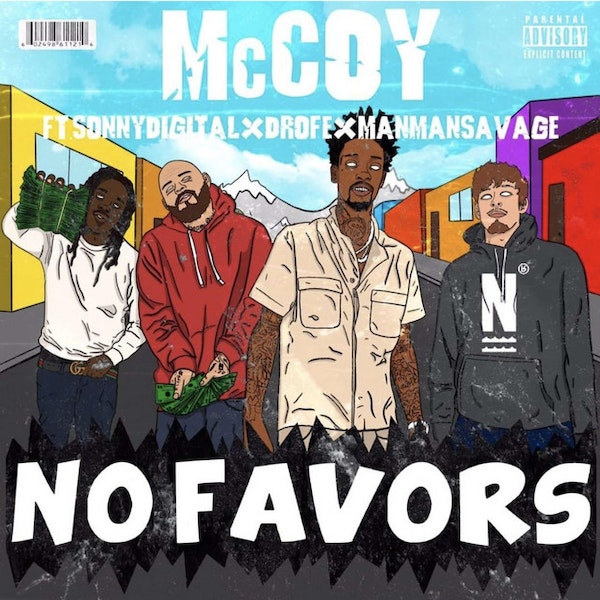 The homies made this song back in February when McCoy went out to LA to lock in at the legendary Narcowave house with Dro Fe and the rest of the gang. If you’re familiar with McCoy, you’re well aware he has no shortage of top shelf production. The dude seems to have an endless supply of slaps. His hypnotic melodies and signature drum kits have him becoming one of the more in demand up and coming producers in the rap game.

With that being said, at any given moment, a hit could be recorded at the Narcowavwe studio. Literally, running almost 24 hours a day, a revolving cast of your favorite rappers favorite new rappers can be found smoking, plotting, cracking jokes about each other, or sleeping on the floors, only to wake up and continue recording. Throw a producer of McCoy’s caliber into that mix and it’s no surprise a banger like this came out of it.

One day McCoy cooked up this beat, Dro had longtime homie Sonny Digital over the crib, and Manman Savage who’s a day 1 Narco (and the voice of the infamous Narcowave tag) was lurking around the smoke filled living room. As the beat pounded out the speakers the 3 agreed something had to be done. Before long the beat was sequenced, the vocals were laid, and the track was bounced and placed on repeat for the backwood burning head nodding approval ritual that usually takes place after quickly cooking up a dope track. Check out the new McCoy produced “No Favors” featuring Sonny Digital, Dro Fe, and Manman savage below.