Learn more about one of 2017’s most dynamic projects. 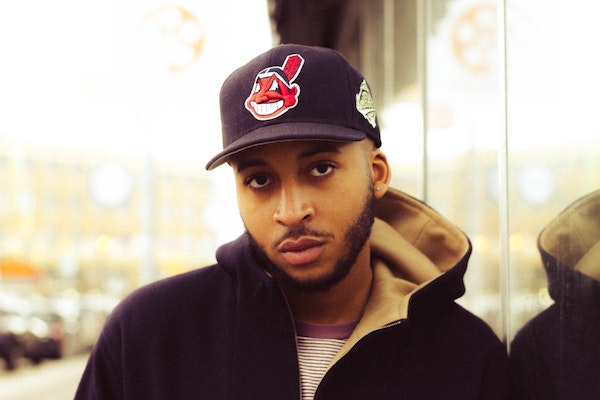 Mathaius Young released one of the most impressive projects of the year this far with his 12-track album “Take The Night Away.” Experimenting with an eclectic mix of sounds that were absent on his previous release Pilot, the Indiana-based rapper & producer proved to the world that he’s capable of making literally any type of record.

In an effort to learn more about the creative process behind “Take The Night Away” and the inspirations which Young drew from, we chopped it up with the rising superstar and gained some enlightening insights. Listen to the project and read our full conversation below.

Was there a different approach taken towards Take The Night Away vs Pilot?

Definitely. Pilot was my first project as a signed artist, so I wanted to get it done quick. I kinda rushed that one, versus this one I took like a year to make 12 songs I really like. I feel like this album is more personal. When I made Pilot it was a really good time. I just got signed and I was feeling good, but with the new album, I was able to get into some actual shit I was going through which was tight.

How’d the new album come about creatively? Were there a lot of road blocks or did you pretty much just power through it, track-by-track?

Usually I’d make a song and finish it before I went onto the next one. I’d be too excited about it and be like, okay I can’t work on another until I finish this. Sometimes a song will be finished in a day, sometimes it takes a month. I never work on shit halfway and move to the next, I feel like you lose something. It’s something about it; when you come back to it, it’s not the same.

Do you typically channel memories from the past for inspiration, or write about them in real-time as they happen?

I’ve tried channeling from the past, and it doesn’t really work. I like to give myself time to live, and have that shit just come to me. Nowadays I’d rather have something happen, and go make music the same night or next day so the feeling is fresh.

Were there any songs in particular on Take The Night Away that were influenced by a significant life event?

“Fuck” was made after I had a one night stand. I had never had one up until like a few months before that song got made. I’ve been in a few deep relationships, so those songs just come out, they feel the most right. In other songs, I kinda had to think about what I was writing.

What made you experiment with a melodic sound on the new album?

I wasn’t doing a lot of melodic shit in the past, it’s kinda a new thing. I had been rapping for a while and it was getting boring, so I tried something new. I tried having fun with the music. I did Take The Night Away first, it was the first song I really sang on. After that I was like aight, I ain’t know it was this easy. Throughout the album, I had some moments where I’m like really digging this so I gotta sing. I be singing in the shower so I can’t really sing, but it came out good. I see myself doing more melodic stuff, even my recent stuff has that. I don’t wanna be rappin’ at you on every song, you gotta find a balance. I haven’t always been the strongest hook guy. Before, it was really rough for me. I used to have other people do the hook, but now that things are going up in my career, I know it’s important to get comfortable singing hooks. I can’t always depend on someone else saving me when it comes time to a hook.

Do you have a different approach when producing for other artists versus for yourself?

For sure. I make so many beats that I don’t even use for myself. It takes me longer to make my own music than when I;m producing for someone else. Something that I get on has to really strike me. If I make a beat and it doesn’t feel right to me when it’s complete, I won’t use it. If I start writing to the beat before it’s even finished; thats how I know I want the beat for myself.

What does the title Take The Night Away mean to you?

Take The Night Away is basically my escape. Any and everything I might’ve had going on at the time, music was my only escape. The album was kinda dark at first, so it felt fitting to name the album that. I like going out at night and listening to music; I don’t know, it’s different at night. I like just driving and vibing to some music. For me, I tend to get in my thoughts at night, so I feel like the title represented that for me. I listened to a lot of the songs while driving at night, so I decided to name it Take The Night Away.

What’s coming in the future?

I’m working on an EP right now. I can’t tell you too much about it, but I’m tryna drop the single this month and the entire project in two or three months. It’ll be a lil 4-5 track project. I didn’t want it to be on Apple Music or anything because it’s really just for the people to hear, I didn’t want anyone to have to pay for it, but with SoundCloud talking about shutting down, I might need to put it on iTunes. The album gonna come sometime within the next two years, but for now I’m focused on the EP and keeping the fans happy.