This dude is really somethin’ else… 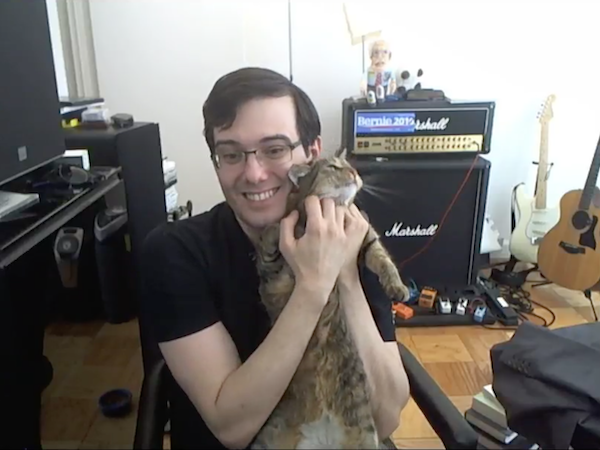 Infamous “phama bro” Martin Shkreli was recently convicted on three separate counts of fraud and conspiracy in a Brooklyn courtroom. The pharmaceutical salesman is known for leaking rare music during his popular live streams, and recently gave us a sneak peek of the secret Wu-Tang Clan album which he purchased last year for a whopping $2 million.

The actual album starts around the 48-minute mark in the video below, preceeded by an interview with the 34 year-old in which he speaks on his recent conviction. Apparently Shkreli was planning to freestyle in the courtroom, but decided against it due to the unforeseen circumstances. When asked about the potential 20 years of jail time he’s currently facing, he doesn’t seem particularaly concerned and even tries comparing his current lifestyle to that of a prison, saying “I eat noodles every night, you don’t know the life I live. Don’t pretend you know me and how it’s (jail) going to be so much worse than this.”

With such an arrogant demeanor and, I won’t be particularly mad if to see this dude get locked up in the pen for a few years. Good luck Martin; don’t drop the soap!