Simba is reluctant on being released soon. 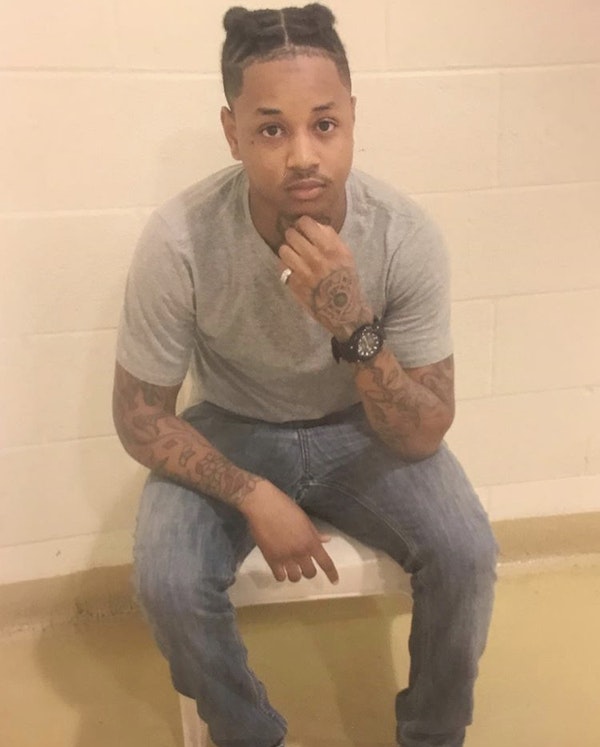 Simba was an emerging rapper from Maryland who was arrested two years ago for an armed robbery and ultimately was sentenced to 24 years. He has just released his second project from behind bars titled, Taliben, and Simba has been keeping his hopes high on being released sooner rather than later. The timing of his arrest was less than ideal as he was pumping out new music with consistency and caught the attention of fellow Maryland native, Stefon Diggs who quickly became a fan of the young artist at the time. Simba also came up with YBN Cordae as they were a dynamic duo two years ago releasing a multitude of tracks. Cordae evidently has gone on much bigger things in his own personal career but maintains his endless support for the confined Simba much like Stefon still does on Simba’s Instagram.

His new project is still firm to his roots and the sound that caused his buzz, being that Simba still raps about traditional trap topics over hard-hitting instrumentals. His music is fairly similar to Tay-K in both their demeanor and delivery on the tracks they hop on and Tay-K even offered his support for Simba via phone call and Simba choose to add that 20-second voicemail as an interlude in the album. Simba is able to rap in such a fluent fashion but unfortunately, his bright future has come to an unknown halt and all that his fan base can feed on is what he can release from behind bars. Hopefully, Simba can endure a necessary change while incarcerated and get his mind in the right place for a future release but in the meantime, he is still fighting for his freedom.

Check out Simba’s new album below.