Roll up & read our new interview with the ganja gawd.

Few artists have shown the ability to transcend music. Bay-Area emcee Berner is one of those select few. The antithesis to the numerous stereotypes surrounding marijuana and productivity, Berner has transformed himself into a highly influential artist and businessman. More importantly, though, he’s gone from being a voice on the radio to a voice in his community. Following the release of his latest album “Packs“, Bern announced that he’ll be financing a movie of the same name. Set to star former wizard Daniel Radcliffe and take place in the Bay Area, Berner aims to tackle the narrative of California’s marijuana market in much the same way that “Blow” captured the cocaine scene of the 1980’s. So doing what any good music journalist would, I decided it was high-time (sorry couldn’t resist) to catch up with Berner to discuss his new endeavors, get his thoughts on our new president and of course trade our respective first time we smoked weed stories.

Bern, you’ve always got a lot going on on the business side of things. Recently you announced you’ll be financing a new movie called “Packs”.  Tell me a little bit about the film and what we should expect.

Sure. So this is something that I’ve been working on for the last 7 years or so. Just writing the story, getting the right people involved and perfecting everything takes some time. We finally felt that it’s the right time to make this happen with legalization just passing (In California). The movie is going to show the rise of designer weed in California and how it’s become so sought after all over the country. Nobody has really told that story for weed, “Blow” obviously did it for cocaine. We’ve got a film that’s based on true events and really going to cover a lot. Originally I wanted to act in it and everything, but as things started progressing I realized that this is way bigger than me. At a certain point, you have to swallow some pride and leave it to the professionals and we’ve got a great team in place. In my mind, I’d be the dopest actor ever, but I’ve been helping out in other ways trying to keep the film as authentic as possible with dialogue. I’m trying to put on for the Bay Area the way Spike Lee put on for New York. 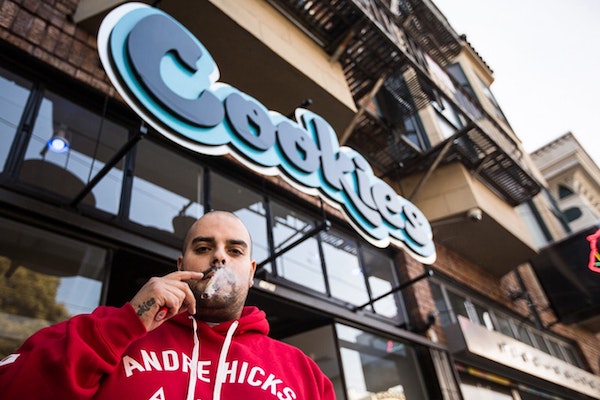 Berner, posted here outside the storefront of his popular clothing company, Cookies.

Keeping with the culture surrounding marijuana, with Donald Trump and Jeff Sessions now in charge of marijuana reform do you think the progress that’s been made over the last 15-20 years is now in danger?

I’d say a little bit of yes and no on that one. I’m a part of a company called Weedmaps and we’ve made a ton of progress on marijuana reform for years. Unfortunately, there are people like him (Jeff Sessions) that just don’t understand life. Like just look at that dude, he doesn’t have interactions with real people on a day to day basis. I think most of us can agree that marijuana unites people. People that smoke marijuana come from all different walks of life, so for him to say that “Good people don’t smoke weed” is just so dismissive to so many people it’s crazy. Someone that has an open mind and is around different cultures will understand that it’s really not that big of a deal. Somebody like that guy (Sessions) has been living in a weird ass area for a long time and is just going to be very close-minded. I think that a lot of politicians just don’t understand the weed business yet, so they don’t want to roll it out until they’ve figured out the best possible way to monetize it. Trump, on the other hand, is a businessman. He should understand how much money is at stake. I think that he’s just let Sessions get too much in his ear because legalizing marijuana to me is a no brainer.

What’s the next business venture you’re trying to make some noise in?

We just released Battle App two days ago and have over 7,000 active users already. (Disclaimer: This interview was done several weeks ago, Battle App’s user base has since grown immensely) . If you get the chance, go to the App Store and just type in “Battle App” and it’ll pop up. Essentially we built an app for people to rap over beats and send it to their friends to “Battle”. Once both users go then it’s uploaded to the feed and the community gets to vote on who won and leave comments. Shit is so much fun man, I was up until like 5 A.M. last night going in on some little kids that were talking trash.

I didn’t actually, we stole a bunch of weed from my friend’s older brother. He was this Mexican cartel fool, so we just cut a little corner off of this big brick that he had in his closet. Then we went over and bought some shit at Walgreens and used the receipts to roll up this brick weed. It was a weird experience. We smoked like 5 of these receipt joints and I just felt super tired and groggy, but I didn’t really get “High”. The ink had us spun, it was weird. I was just your average 13-year old who thought he knew everything. Now I just smoke papers, without the ink. 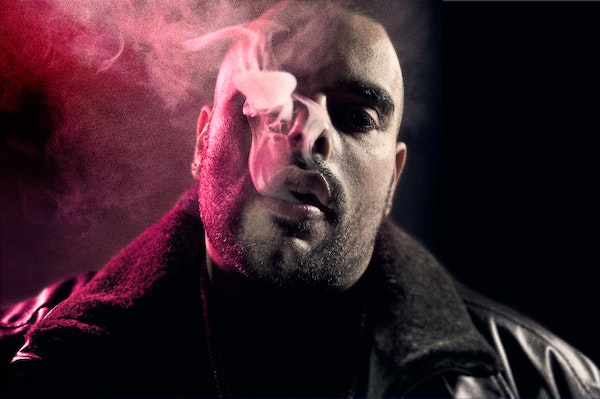 In your opinion, what’s the biggest misconception surrounding people that smoke weed?

That we don’t get anything done. I own seven businesses and work 19-hour days. So I think this misconception that you can’t be productive and high is just silly. Smoking marijuana has nothing to do with your potential as a person and I wish more people could understand that.

Talking to Berner is a bit like talking to the guidance counselor you wish you had. While his numerous businesses flourish and his music career continues to evolve his calm demeanor and overall positive outlook help to deconstruct any previously held opinions you may have already had. The man’s work ethic simply cannot be denied. He’s slated to drop 5 projects this year, including collaborative EP’s with Wiz Khalifa, Styles P & Young Dolph. All the while trying his hand at Hollywood.

If “Packs” is a successful film, Berner tells us that he plans to launch a number of crime-centric movies based on true events in and around the Bay Area. Bern’s business savvy and foresight have opened doors other artists haven’t even imagined yet. The man is a mogul in every sense of the word despite his humble tone throughout our conversation. So take notes on the moves that he makes, you could learn a thing or two.

Except for the rolling weed up in receipts part. Don’t do that. What you should instead do is head to the app store to download Battle App and add me (@yungtentacles), so you can catch this fade for free. Even more important than that, though, is remembering how Berner’s story of success disproves many of the archaic stereotypes that some still hold about marijuana and productivity. And, in turn, think about how you can disapprove some misled stereotypes people might have about you.