Marcelo hits the road in his “Full Tank” visuals

Get familiar with the Los Angeles-based artist known as Marcelo. 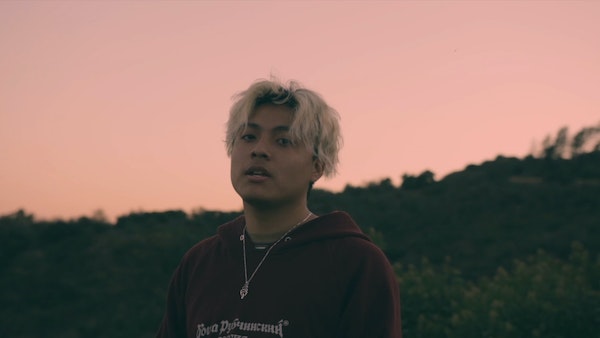 It’s been a little over a month since we initially covered Marcelo’s buzzing track “Full Tank” and praised his extraordinary talent for constructing beats. Since then, he’s solidified our claims by officially signing to Xavier Wulf and the The Hollow Squad as a producer. While many would take the easy route and focus solely on their main craft if an opportunity like that arose, the LA-based creative continues to push his abilities as a gifted rapper too.

He returns today with the premiere of a Really Razzy-directed pair of visuals for “Full Tank”. The video is quite minimalistic compared to a lot of productions that are popular right now, but it certainly fits Marcelo’s low-key approach and remains equally entertaining as a video flooded with effects. Throughout it, Marcelo is pictured walking along a road in the California desert and sitting on a whip that the self-made entrepreneur surely copped himself. The BbasedTJ-produced track is undeniably catchy, so experience it in an entirely new way by peeping the official visuals via our YouTube channel below.