Everyone needs to hear the Philly native’s latest release. 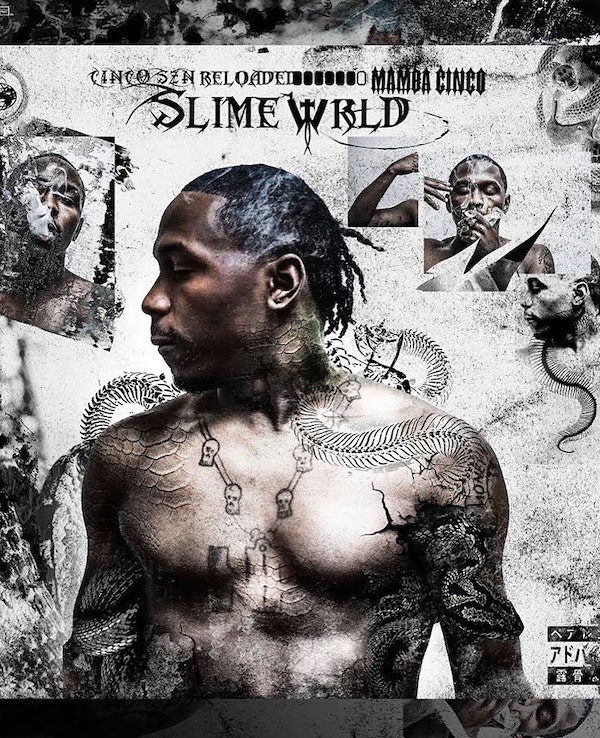 Mamba Cinco is looking to break the national scene with his latest album, Cinco Szn Reloaded Slime Wrld, as it is 18 tracks in length and boasts features from PnB Rock, Tylah Yaweh, and Leaf Ward. Mamba Cinco has always had unparalleled melodies as his authenticity is more than apparent in every single track as his presence on the track is simply unmatched and he undeniably deserves all of the attention that is hopefully coming his way soon. This project is incredibly masterful as it is clear that Mamba has methodically selected these 18 bangers through time as his last project was released on October 20th, 2018. I am more than excited about this project and the buzz that will hopefully surround it as it is only a matter of time until the rest of the industry begins to take notice of this incredibly talented individual.

The skilled producers on the project were, Dougie, Oogiemane, DeCicco Beats, Audio Jacc, Lafdadon, Benjamin Lasnier, BillDidTheBeat, Clay Priskorn, Hurt, Jacob Cornelius, and ManOhManFoster. Every single producer played an important role in creating the atmospheric cadence that the whole project exudes and they should all be recognized. The project is currently only on SoundCloud but will be on all platforms soon.