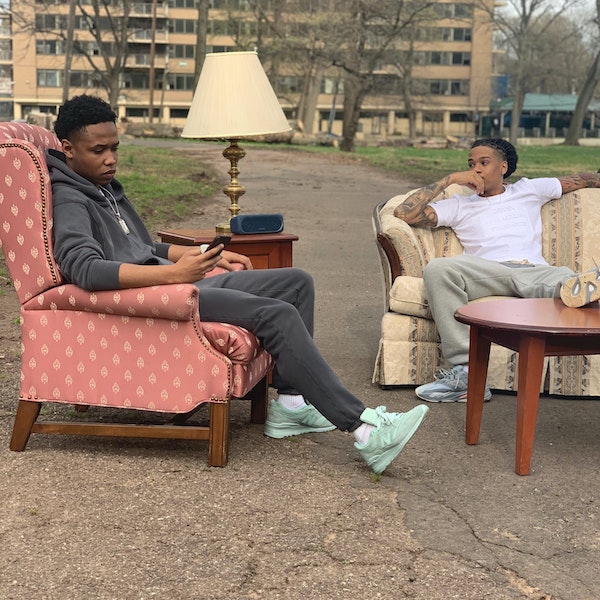 The Lincoln Heights, Ohio duo of Mak Bandz and Smoola have been able to carve out their own niche in the midwest. With two differing styles, the pair cohesively mesh their unique gifts of gritty vocals and vivid storytelling. Looking to take their talents nationwide, Mak Bandz and Smoola have inked a deal with 1801 Records. The deal also came with the announcement of their forthcoming EP titled 2 Deep In, which spawned the breakthrough singles “Zippers” and “Big Bands,” featuring Brooklyn MC Jay Critch.

As the release of their debut project looms closer, the duo recently upped the ante with the official visual for “All Day.” Directed by Rock Davis of Itchy House Films, the dark aesthetic of the video matches the eerily gloomy sounds of the track. Check out the video below and be on the lookout for 2 Deep In slated for release on June 21st.