MadeInTyo & 24hrs to hit the road on “Made In Tokyo” tour

MadeInTyo has officially announced his first nationwide headlining tour. Breaking the news via Twitter just a few hours ago, the XXL Freshman will be hitting 29 cities across the country with support from his brother 24hrs and frequent collaborator/producer K Swisha.

The Fall tour is sure to help showcase the wide talent set of Private Club Records and I personally can’t wait to catch this show live. Tickets are on sale now; click here to cop yours before they sell out. 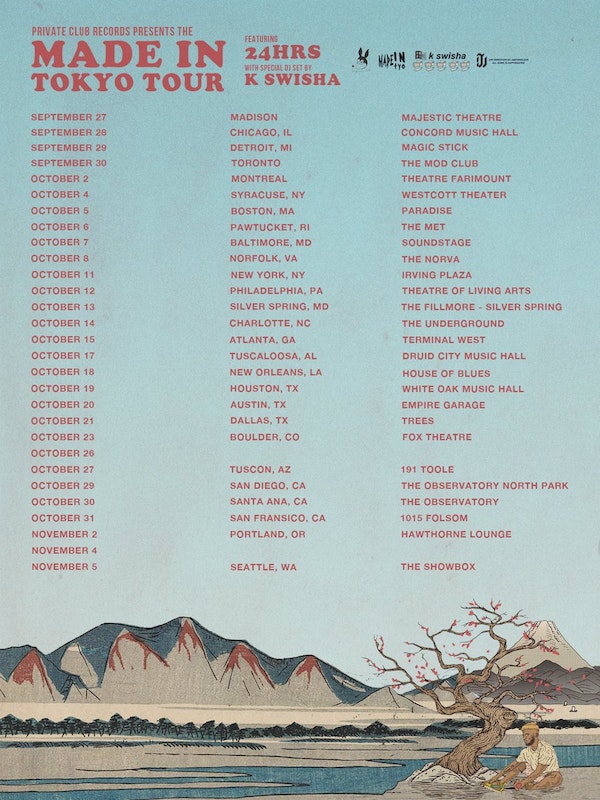