News
May 17, 2017
Luv turns to Rage as a 16 year-old Floridian threatens to shoot up school in the name of Lil Uzi Vert 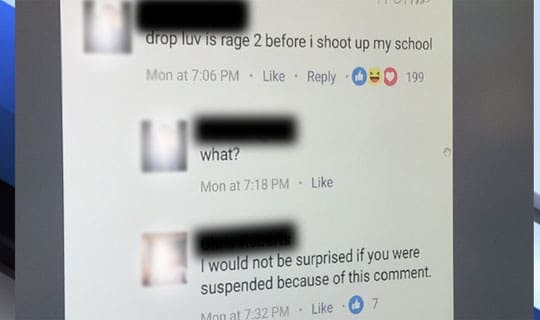 Lil Uzi Vert is proving to be one of the most influential rappers of the new generation in more ways than one. Not only is he currently dominating the charts and airwaves with his hit single “XO Tour Lif3”, but the Philly emcee can now add a slightly tainted accolade to his impressive résumé.

You aren’t the only one anticipating Uzi’s forthcoming project “Luv Is Rage 2”, as a 16 year-old high school student recently took to Facebook demanding that the rapper “drop luv is rage 2 before i shoot up my school.” After the comment caused controversy in the Pasco County town which had already recieved a few similar threats earlier in the week, the student was arrested on a count of false reports of threats to do violence with a firearm to a school.

I can’t blame the kid for being so excited to hear the mixtape; I mean, have you fuckin’ heard “XO Tour Lif3”? The joke was obviously lighthearted in manner, but goes to show that anything you write online can come back to bite ya.

Will Lil Uzi Vert finally unleash the project now that it’s causing young teenagers to get arrested? I sure hope so.