It looks like Lupe is going to kick, push into the sunset one last time.

Well, it looks like the bell has finally rung on Lupe Fiasco‘s incredible career. The legendary wordsmith took to Twitter to air out his grievances regarding the removal of his recent freestyle from Soundcloud, which came as a result of it being flagged for “hate speech.” The penalty stems from his anti-semitic remarks, assumedly aimed at men like his former boss and not-exactly-bff Lyor Cohen.

This is what Lupe had to say in terms of retiring (screenshots via HipHopDX): 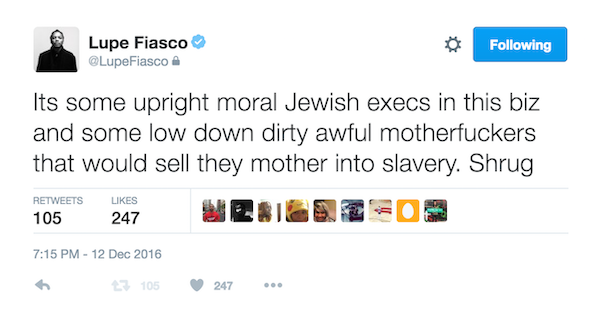 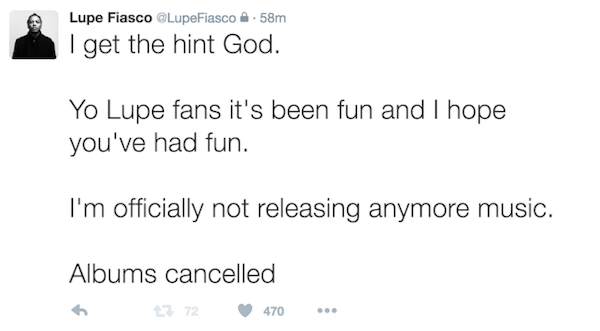 It’s definitely a disappointing happening, as Lupe has teased a few projects that are now unlikely to be heard. Of course, this could all just be another episode of Lupe taking a drastic stand on the internet, but as of right now, things are uncertain to say the least.

Keep it locked as this story unfolds.