Lucky Daye dedicates his newest album, Painted, to the many components of love. 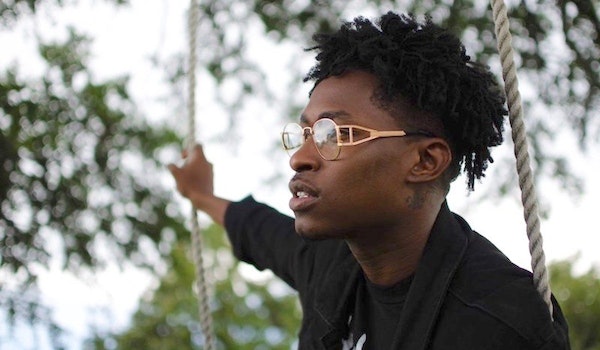 Back in November of last year, ascending R&B singer-songwriter, Lucky Daye, released his first EP titled I, which gained him increasing amounts of support from fans near & wide. Recognized by critics such as NPR, he was quickly noted as one of the “10 Kings of R&B for 2018” while further being acknowledged for his versatility and prudent ability to cross over between the jazzy yet groovy aspects of his artistry. 3 months later & into the new year, he released his second EP titled II, revealing deeper awareness of who he is growing into musically. This EP was well received by Rolling Stone, Fader, Complex & more, anxiously leading us into his next project. Lucky Daye released his debut album titled Painted just this past Friday (May 24th) via Keep Cool/RCA Records. The album is 13 tracks in length, essentially produced by award winning producer Dernst “D’Mile” Emile II–who has production credits ranging from Ty Dolla $ign, Khalid, & The Carters just to name a few. His time coming is long overdue, as he’s been building his legacy for more than a decade. I think it’s safe to say that his dedication & focus is unlike any other, his songwriting and vocal arrangements shining through as the album progresses.

Lucky Daye gave an excerpt regarding the theme of the album via Instagram and I thought it was only most appropriate to include his direct quote regarding his project: “This album is my first baby. It’s where my heart hides. It’s a colorful window that is exclusively open to the truest form(s) of love. It is a letter to you. You who judge me, you who hate me, you who talk love but never show me. You who watched me kill myself to love you. You who I should have loved but missed out on, you who I loved wrong. You who I want to have more of and it kills me because I can’t help it. You who I only want to be next to. And most importantly a letter to my #dayeones.”

Press play below to stream Lucky Daye’s album Painted below: