Alternative Trap is finally here, its been a bit of a ride, so I thought I would provide you with a little background. Lucki Eck$ was brought to my attention by our interns Toin and Prince KWJ, they arrived at the

Alternative Trap is finally here, its been a bit of a ride, so I thought I would provide you with a little background. Lucki Eck$ was brought to my attention by our interns Toin and Prince KWJ, they arrived at the studio one day a few months back telling me that I had to hear this kid. All that was needed was one listen and the ELEVATOR crew was on board. We set out shooting his first video “Untouchable Lucki” on a day that was cold as hell, without really having any plan in mind other than to just do something. The product couldn’t have come out any better. A colorful and sun lit video that still was kept cold by lucki’s rhythmic rhymes and lyrical twists; it seemed to have raised a few eyebrows. The next couple tracks Lucki recorded hit the inbox and we were ready to help this kid rise through the ranks. We began shipping his work out to others in the industry to see who else might be on board. We quickly found out. I gave a call to Nate Fox (producer of Chance The Rapper‘s Acid Rap) who offered up a few beats, one caught my ear and I called Luck demanding he spit over it, he obliged. That track ended up being “No More Troubles” which made it’s way to Pitchfork, not an easy feat from a 16 year old with less than a handful of tracks under his belt. We filmed his second video “Everything Out$ide”  which we had even more fun on, spending two days rummaging through abandoned silos on the southwest side. By that time Luck had already mentioned to us that he wanted to put out a tape, the premise for which would be Alternative Trap. Lucki and I sat down and played around in photoshop for hours messing around with imagery of flowers, old school Chicago gangsters, gold, girls… eventually we arrived as what you now see as the cover art for Alternative Trap, a famous mug shot of Lucky Luciano, one of the original Chicago Trap lords himself ordained in a background of impressionistic flowers, a stark contrast of cold bloodedness and creativity. The Alternative Trap tape was born. It has all been a really fun experience seeing the growth of this project, and now Alternative Trap is finally here. Thanks to Fam Famous, Andrew Barber, The ELEVATOR staff, O$G outsiders clique, all the producers on the tape, Hippie Sabotage and Hippie Dream, Plu2o Nash, Mulatto Beats, Doc, Odd Couple, Hytman and Nate Fox and everyone else involved in making some next level shit! Don’t pass this one up, listen below. 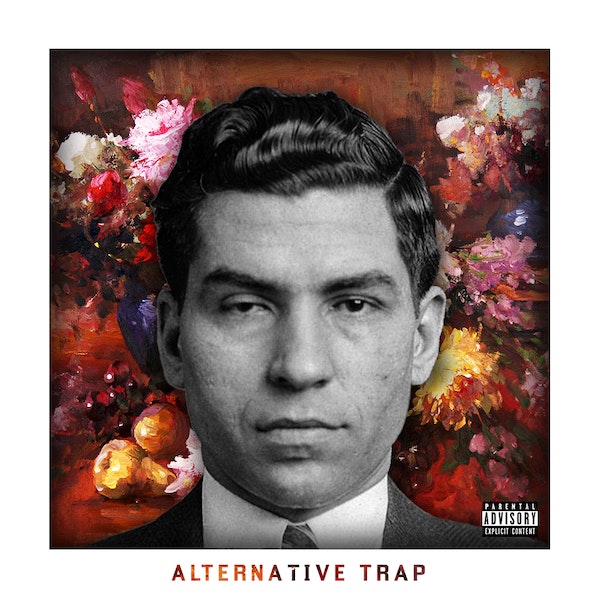