Problem is in fact a problem. 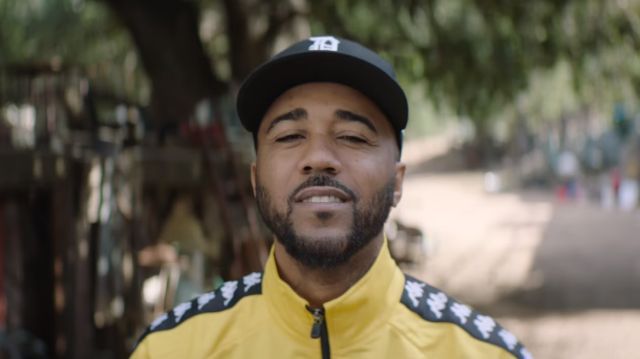 Southern California native Problem has been one of the most consistent forces in the L.A. Hip-Hop scene for quite some time now. Though he has many projects that have left it’s mark — including his DJ Quik collaborative EP, Rosecrans — the one that’s been anticipated to catapult him into stardom is S2. After a long wait that included teasers, delays and a lot of hashtags, it’s finally here, & it did not disappoint.

Clocked in at 16-tracks and a 49-minute runtime, S2 is without a doubt Problems Magnum Opus. With a list of features that rival Meek Mill’s comeback album, the Los Angeles rapper took a giant step forward both musically, & personally. While he’s always been uber-confident on past projects, hence the infamous, “WHAAAAAAAAT?” adlib, S2 just feels like he’s in a different bag. On the 03 Greedo assisted, “Put It Down,” he sounds as polished as ever over the hard-hitting production, right before Greedo comes in and delivers a scene-stealing verse as only Greedo can.

While S2 is top-heavy with star-studded features, the most notable part of the album is Problem’s role as big brother on his own project. With this being his most anticipated album to date, he could’ve made it all about himself, but he chose to celebrate Los Angeles as he highlights rising L.A. rappers like 1TakeJay, Saviii 3rd & Rucci, as well as upstart So Cal producers such as TC, Cypress Moreno & JoogFTR all over the album.

Other standouts from the project include, “Chase,” the Dave East & Fabolous assisted banger, “Multiply,” a lyrically driven track featuring Mozzy & a ridiculous guest verse from YBN Cordae & “So Disrespectful,” the Diddy assisted stunt-anthem of the album.

Check out S2 below and give Problem his flowers.