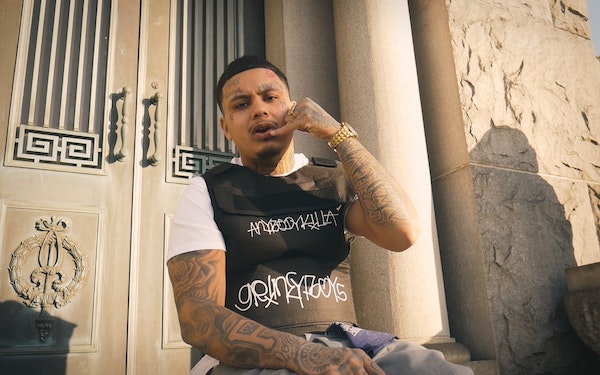 While Hip-Hop is rooted in honest storytelling and used as a form to vent, the tales we see as songs, are most often the reality for the one singing them. Knowing this, authenticity always plays a huge part in fan engagement and one artist that has that authenticity is Paramount rapper, Swifty Blue. Checking in with us for the first time, he debuts his new video for, “Grimes Gang.”

Directed by First Class Films, “Grimey Gang” is an honest, self-reflective record wrapped in an infectious, enjoyable package. Solidifying his buzzing social media image with a video that encapsulates the essence he exhibits on the record. With a growing fan base to compliment a good video, Swifty Blue could be one to watch in the growing Los Angeles scene.

Watch the video for, “Grimey Gang” below and get familiar with Swifty Blue.