I cannot get enough of LORD$OFDOGTOWN. 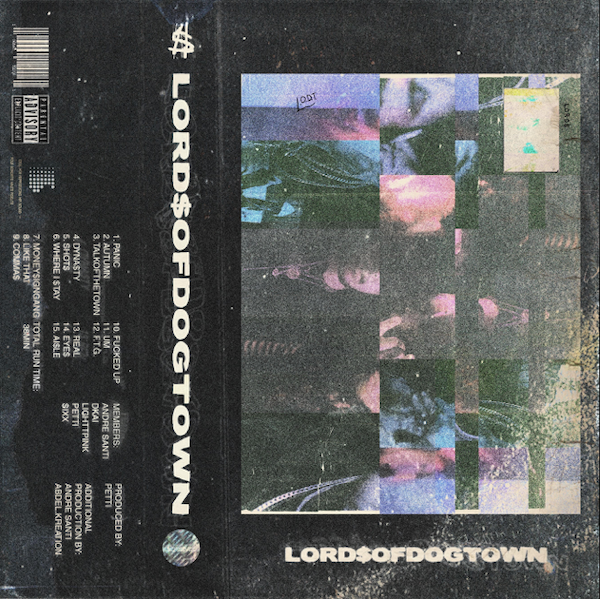 Southern California group LORD$OFDOGTOWN has been an obvious favorite of mine over the past six months since I first heard their unforgettable debut track “Panic” and their development and consistency with their subsequent releases from then on were very much up to par with their initial home-run. LORD$OFDOGTOWN opens with some of their more mellow and alternative tracks but the group reveals their distinct punk edge that completely flips the overall mood of the project but does not fail to seem every bit as genuine as the aforementioned section.

These guys are some of my favorite underground artists at the moment and it is almost a certainty in my eyes that these guys can go very, very far. The talent oozes from them and their chemistry is unmistakable and each of these artists uses their distinct skillsets without ever reaching beyond their range and are always certain that their counterparts can pick up the respective slack. LORD$OFDOGTOWN will likely go down as one of the best debut projects of the year and is certainly one of the most complete releases from a relatively unknown outfit in 2019.