People gotta learn to keep negative opinions to themselves… 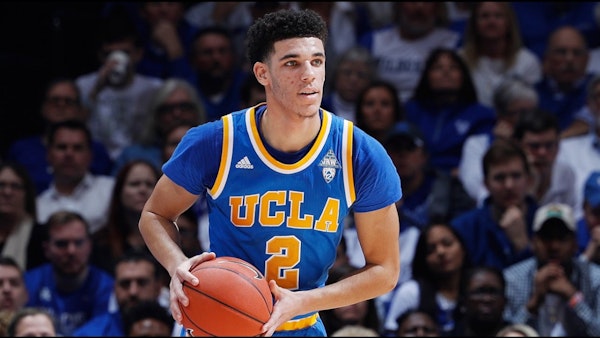 Before I begin, let’s take a second to acknowledge why I wrote this headline in the first place. If you hadn’t noticed already, literally every fucking site on the internet is causing an utter disturbance by posting stories about how Lonzo Ball, a 19-year-old basketball phenomenon currently signed to the Lakers, perfers the music of Future & Migos over more classical emcees like Nas (see his statement around the nine-minute mark in the interview below). The mere fact that so many publications (literally over 15) felt the need to take aim at a younger, richer human being due to his musical preference is absolutely pathetic. Taking time out of your day to watch a teenager’s reality show & proceed to write a lengthy piece criticizing his personal opinions on a completely subjective topic is probably a good sign that you need to learn how to love yourself.

Anyways, despite the grime I already feel for even addressing this lame-ass topic in the first place, I’m gonna put this entire fiasco into perspective.

Last week I was watching the Little League World Series on ESPN. Despite the corporate schemes aimed at raising revenue for Little League, the tournament always provides some quality entertainment and hilarious personalities. One of the main segments in-between the six-inning games highlights the 11-12 year old players & their favorite professional MLB athletes. I must’ve seen over 25 of the profile interview segments – and not once did a single little leaguer cite their #1 inspiration as Babe Ruth, Ted Williams, Ty Cobb or anyone considered one of the OG greats. Popular answers ranged from Bryce Harper to Mike Trout, with few of the names holding any value in terms of all-time, legendary status.

The responses came as no surprise and to no reaction, as the younger generation is knowingly more in-touch with the modern greats as opposed to the pioneers of the sport. If you know a 12-year-old who’d rather watch black-and-white videos of Babe Ruth‘s fatass trotting around the field than Aaron Judge slamming near 500-foot homers; take them to a doctor because they’re fuckin’ weird. Nobody cared that the aspiring athletes didn’t immediately jump to paying homage towards legends, and that’s how it should be.

Kids are supposed to keep up with the times, which is why it came as no surprise that Lonzo Ball, a teenager, named Future and Migos as his two favorite musicians. Taking aim at Nas specifically probably wasn’t the best move on his part but shit, the kid obviously makes mistakes, he’s already doing reality TV. I don’t naturally expect any teenager to naturally gravitate towards Nas’ dated discography when the market is already over-saturated with good music, and neither should you.

Shame on all the old heads who ripped into Lonzo Ball over this stupid fucking issue; next time try dissing him with something more reasonable like his ugly-ass, overpriced sneakers.